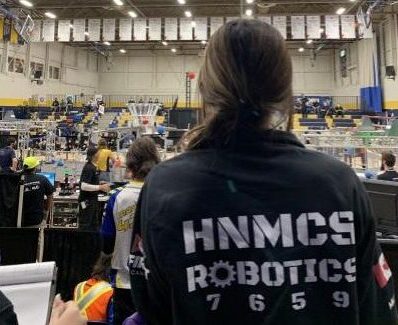 FRC7659 Returns to the Playing Field

After nearly 29 months since our last in-person competition, FRC Team 7659 HNMCS Robotics finally returned to the playing field! On Sunday, March 6, 2022, Team 7659 attended the Humber College District Event, along with 16 other teams from across Ontario.

The drive team, consisting of Maya Grzyb ‘22, Sonnet Hines ‘22, Sabrina Fang ‘23, Maya Slowikowski ‘25, and Zoey Bailey ‘25, guided the robot through a total of nine qualification rounds throughout the day. Captain and Captain’s Advisor, Sofia Anunciacao ‘23 and Julia Arturi ‘22, alongside members Sally Jeon ‘23, Megan Ma ‘25 and Jona Jeon ‘25 acted as support and worked on scouting in the stands.

In this competition, the bot focused on lower hub shooting and lower-rung climbing, in addition to the autonomous drive during the initial period of the round. The team had a mix of first-time competition goers and competition veterans, providing an all-around great experience for the girls.

Returning to the workshop, the team is diving straight back into the deep end, in preparation for their next district event on April 10th at St. Mary’s 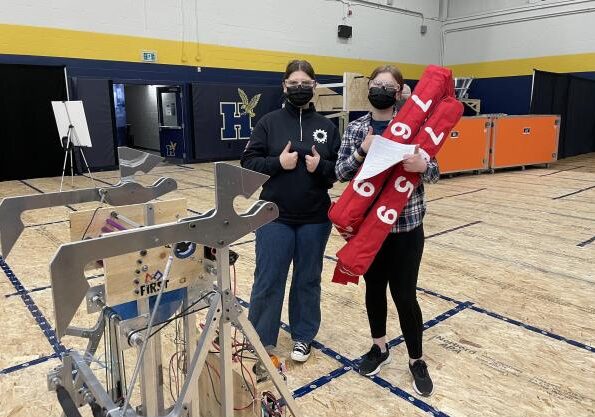 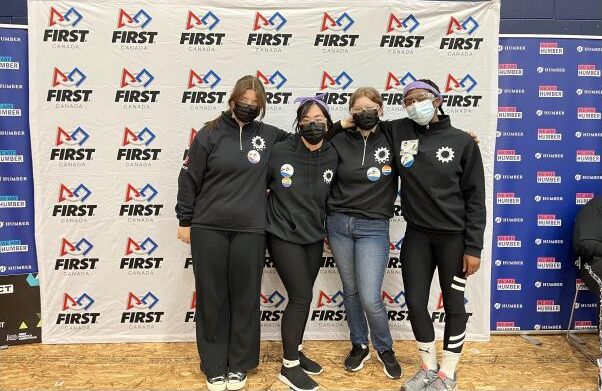