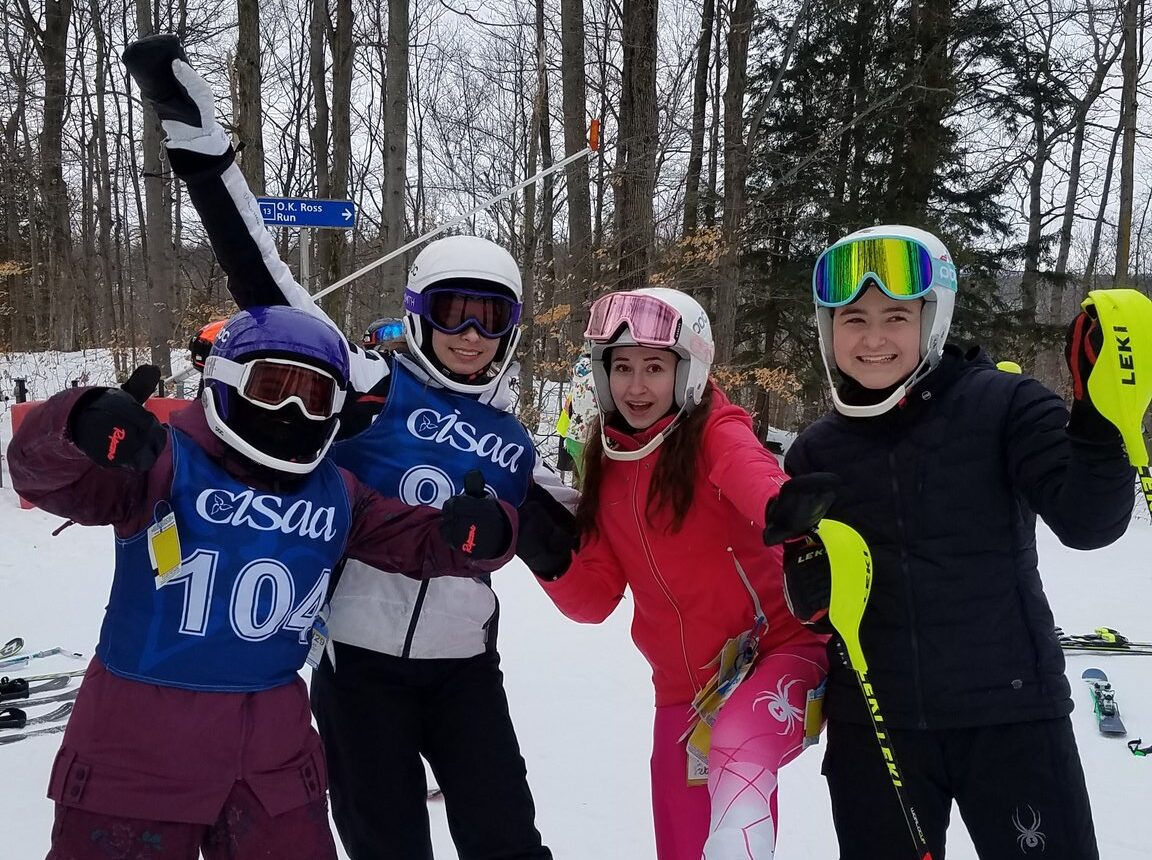 Athletics: A Year of Firsts!

HNMCS established their first Alpine Ski race team earlier this year with team members Hannah Abbott ‘21, Caroline Clasper ‘20, Grace DeMarchi ‘21, and Silvia Labora ‘23, coached by Ms. Nicoletti and Ms. Kretz. The team had the opportunity to race train on the slopes at Craigleith Ski Club. This was supplemented by weekly strength and endurance training sessions in our weight room.

Our pioneering athletes competed in the School trained female and the Open trained female Divisions of the Conference of Independent Schools Athletic Association (CISAA) races. A big victory was achieved when this rookie team placed 4th at the CISAA Championships! Hannah also placed 4th overall in her division and was presented with a ribbon for her excellence in the Giant Slalom and Slalom single-pole races! We are very proud of this team and their accomplishments! A special thank-you to Ms. Abbott and Ms. DeMarchi who volunteered to support our team in transportation.

Our inaugural year competing in CISAA Volleyball was a massive success for our Senior team. Led by our captain Victoria Migliore ‘20, the team finished the regular season undefeated with a perfect 9-0 record, earning a bye to the semifinals. Hosting the final four in our home gym, the girls defeated St. John’s in three straight sets in the semifinals but came up just short in the finals against Hawthorn. Although it was a disappointing ending, the girls were thrilled to earn their first ever silver medal as CISAA members. 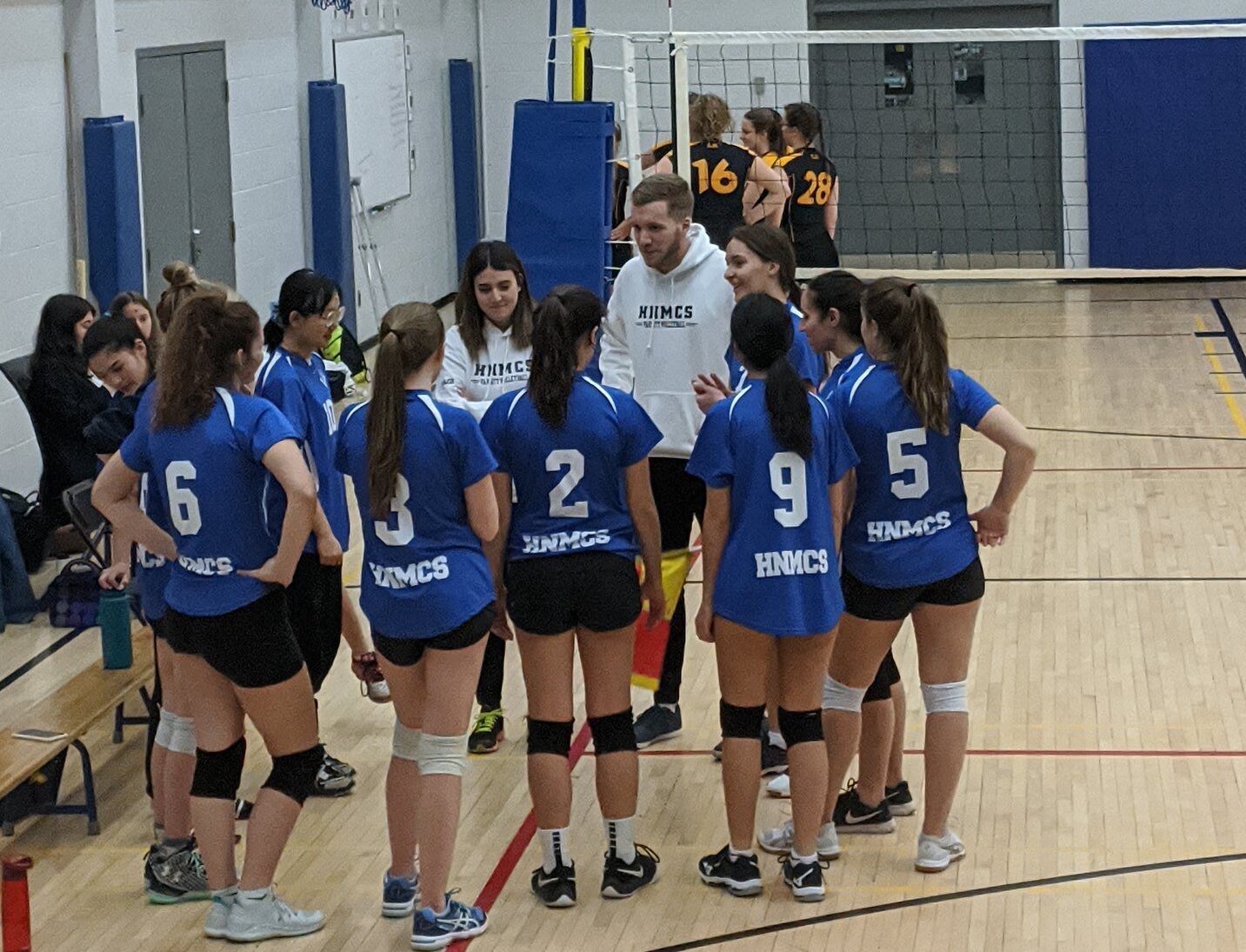 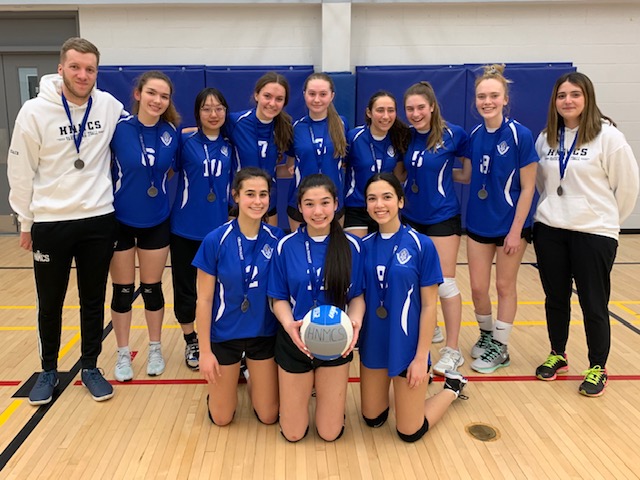 The HNMCS Hockey team began the year by participating in the De La Salle Brother Arthur Girls Hockey Tournament and were able to win their first game of the season, finishing fourth overall. In CISAA regular season play, the girls played teams from all over the province, and earned their second win of the year against Lakefield College School. Special mention to our outstanding goaltender Kathryn Raitano ‘21 for her phenomenal play each and every game, and a huge thank you to our graduating seniors Isabella Peccia ‘20, Rachel Senatore ‘20, Natalie Cimerman ‘20, Corsen Parker ‘20, Cassandra Yacynowych ‘20, Taissa Czerwoniak ‘20, and Claire Croiset ‘20. 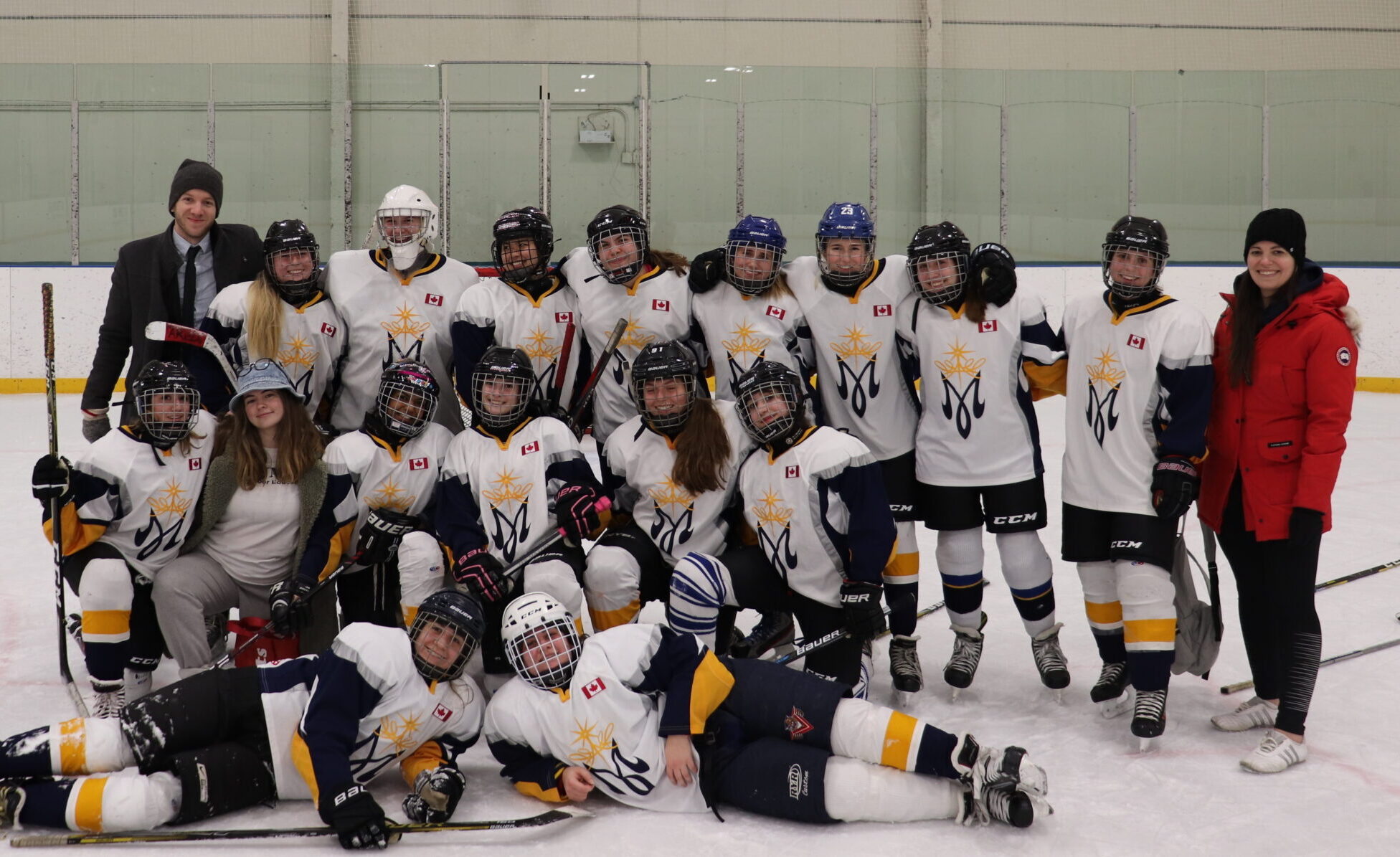 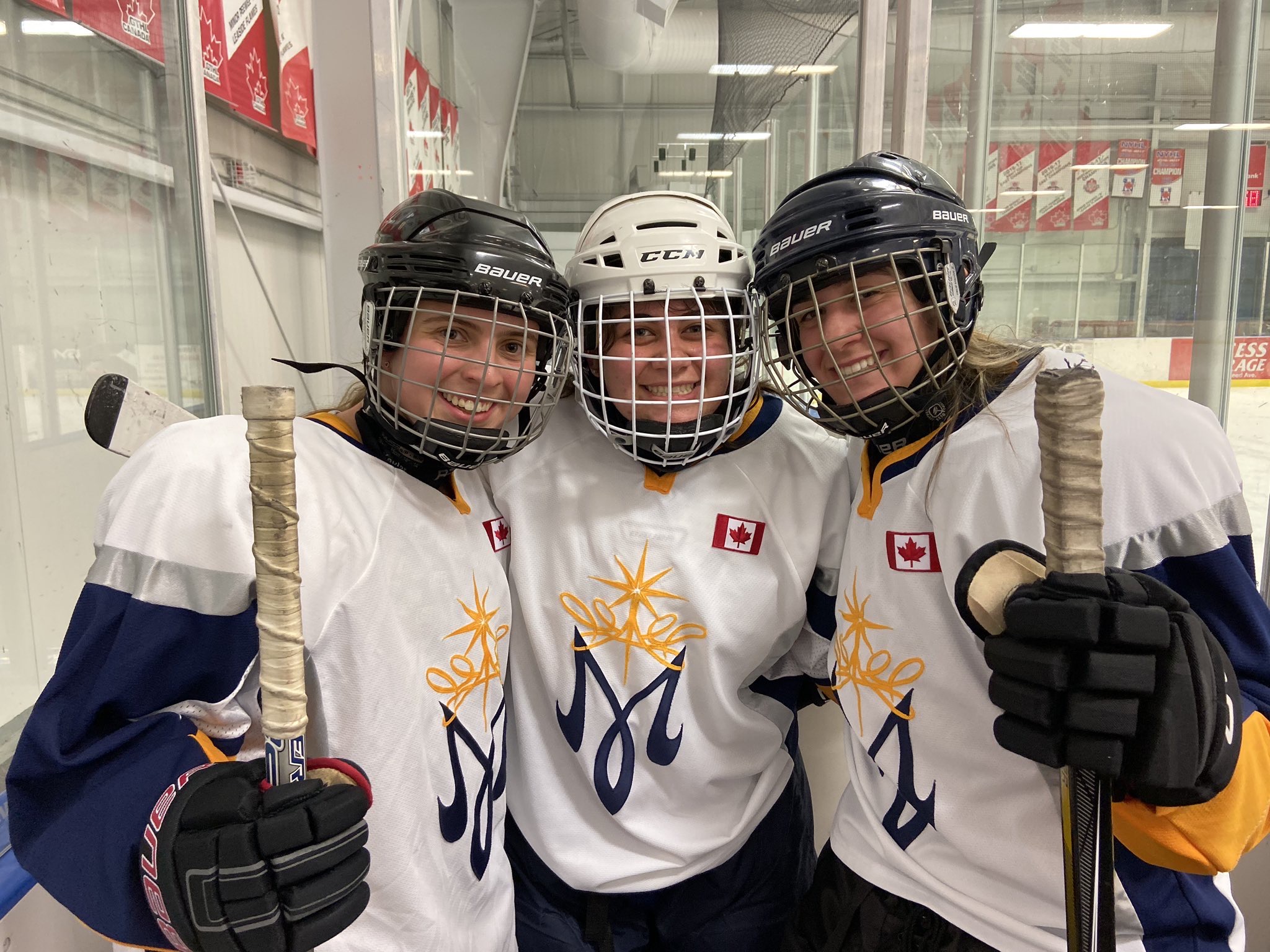 Our Senior Swim team also celebrated it’s inaugural year competing as a member of the CISAA. This season the team worked hard to improve their skills and fitness in the pool and pushed themselves to reach new personal best times. They made new friendships, bonding over the intensity of competitions and shared joy in seeing each other succeed. The support of our team parents who drove to and from all of the practices and meets made this possible. We are especially grateful for Ms. Desiree King and Ms. Andrea Miller-Bynoe for volunteering at all our meets as official timers, and for our graduating girls Lydia Piller-Tahy ‘20, Natalie Cimerman ‘20, and Senna Fabricius ‘20. 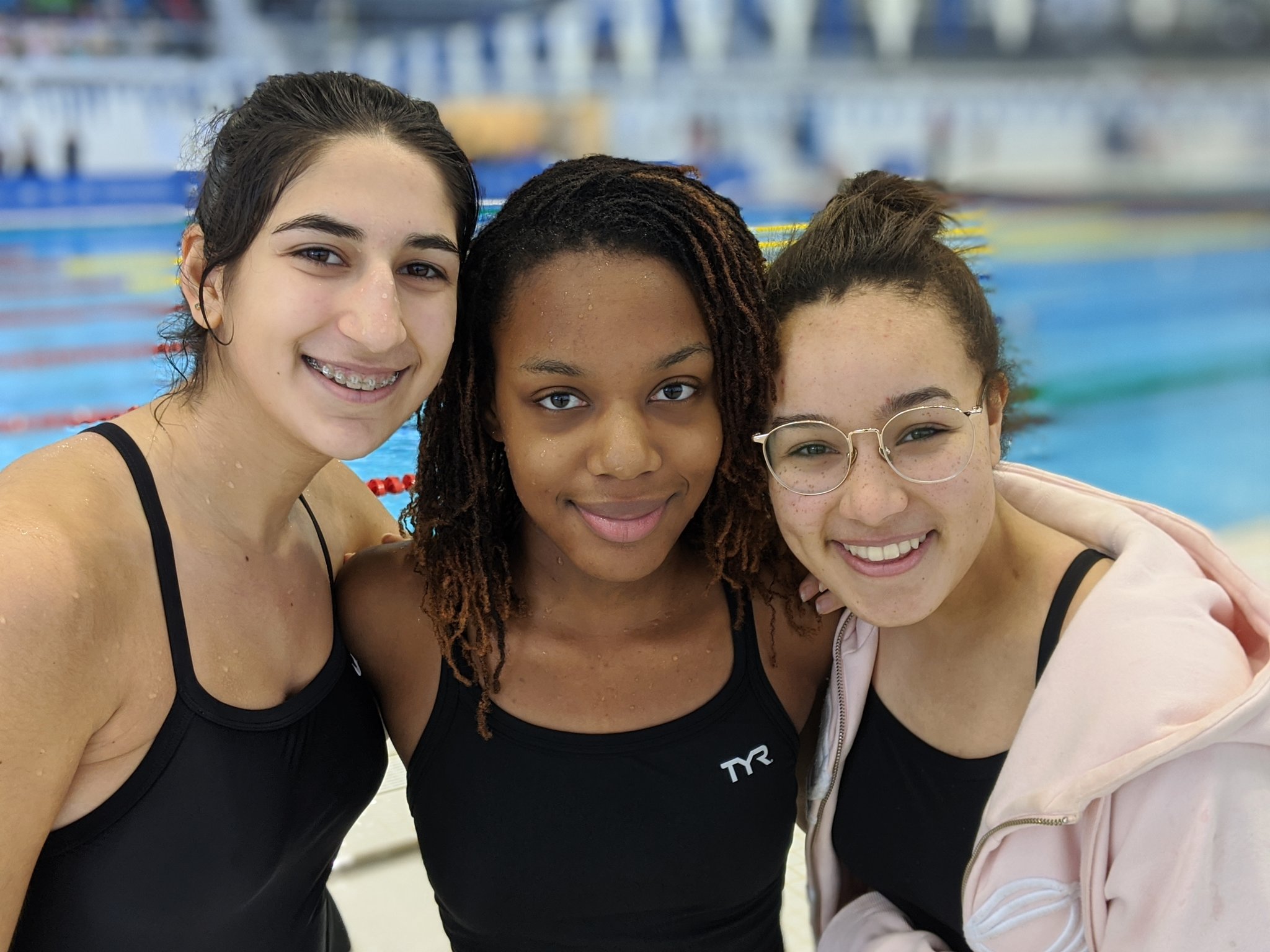 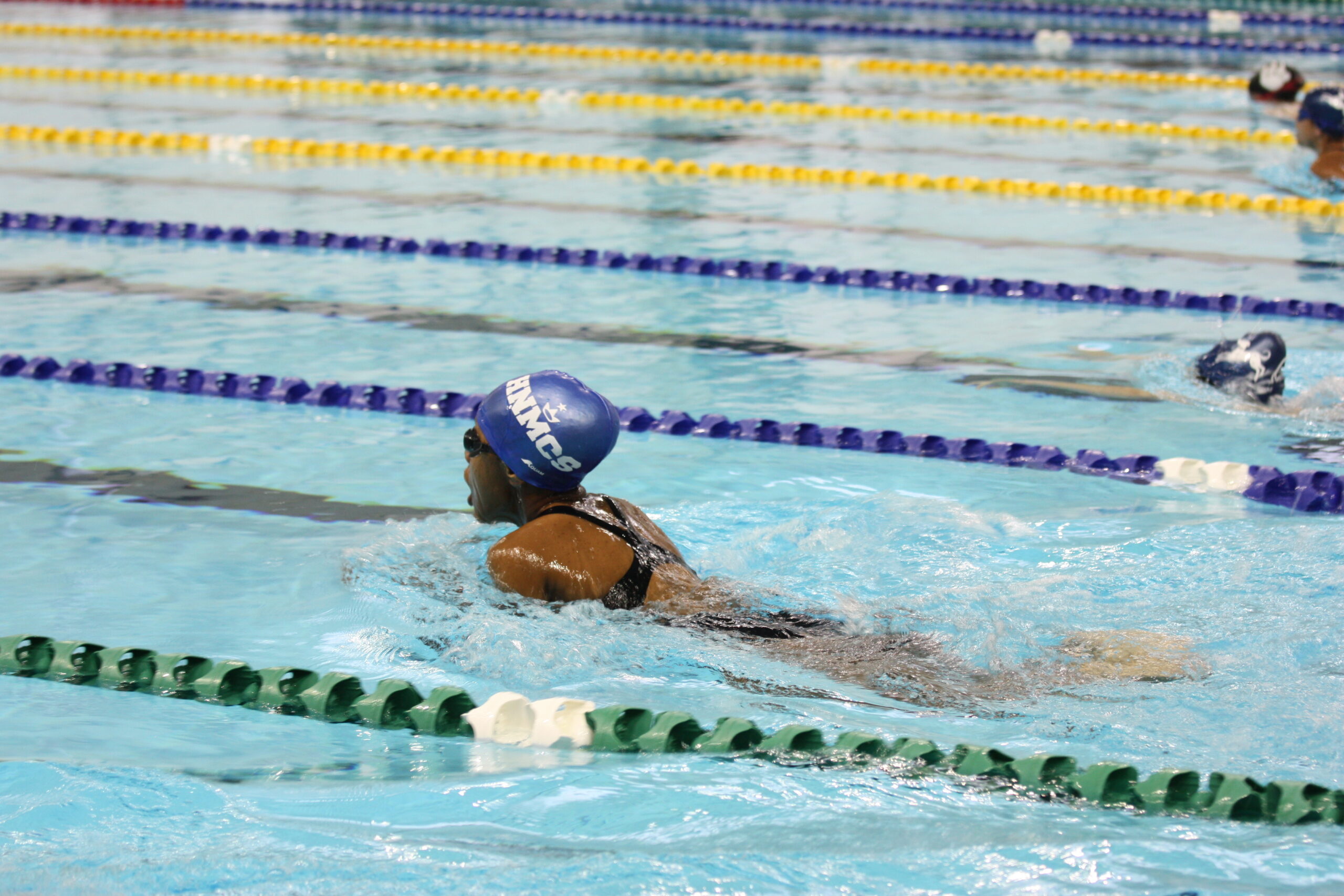 The U14 Volleyball team, also competing for the first time as part of CISAA, made a winning start to the season with a 2 sets to 0 win against Bayview Glen. Throughout the season they made huge improvements both individually and collectively. Though there were some tough losses, the team made it to playoffs against Villanova College. The team narrowly lost 2 set to 1 with the final set score being 25 - 23. The whole team can be hugely proud of their efforts over the course of the season and for a strong playoff showing in their first year. 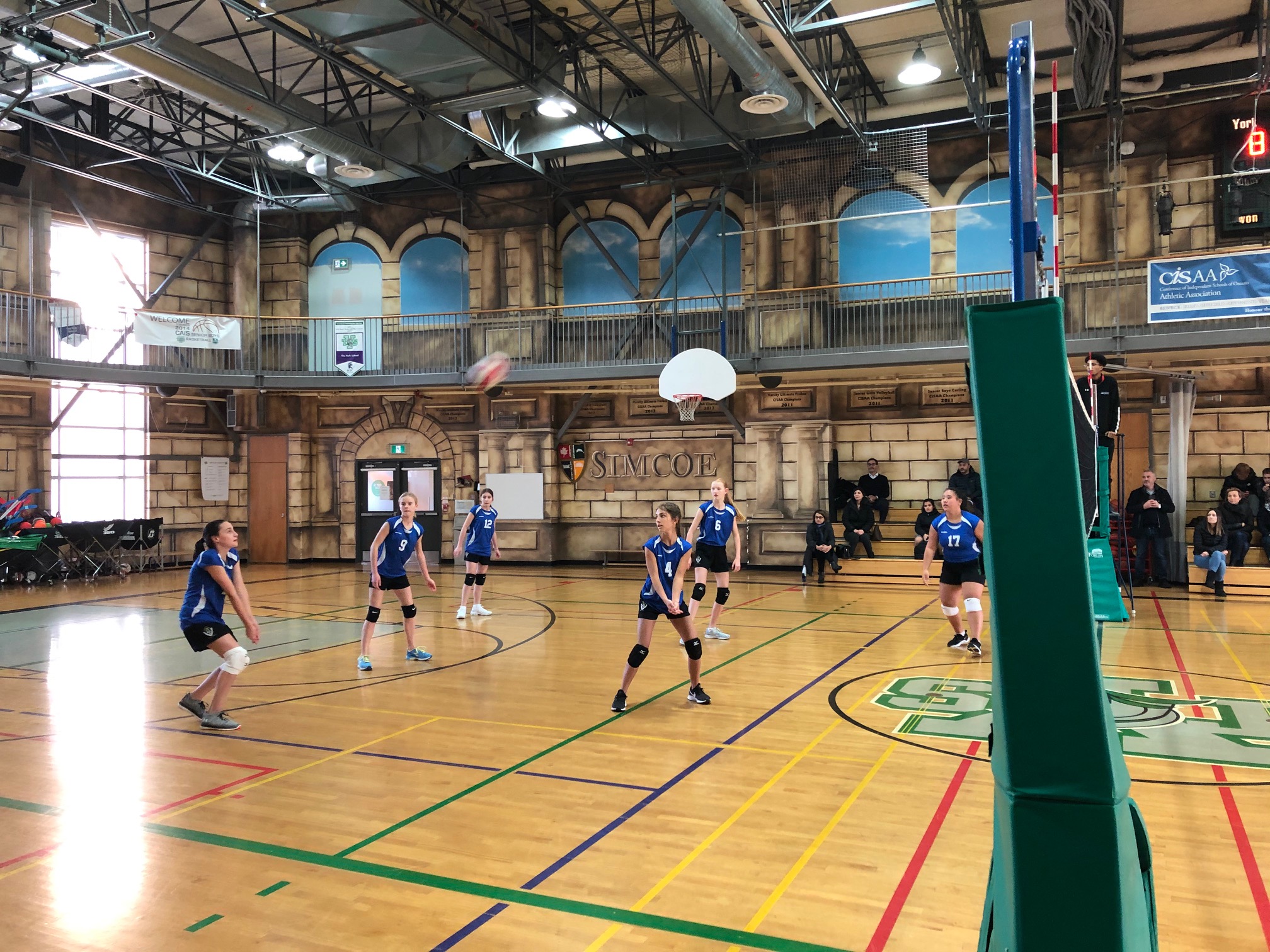 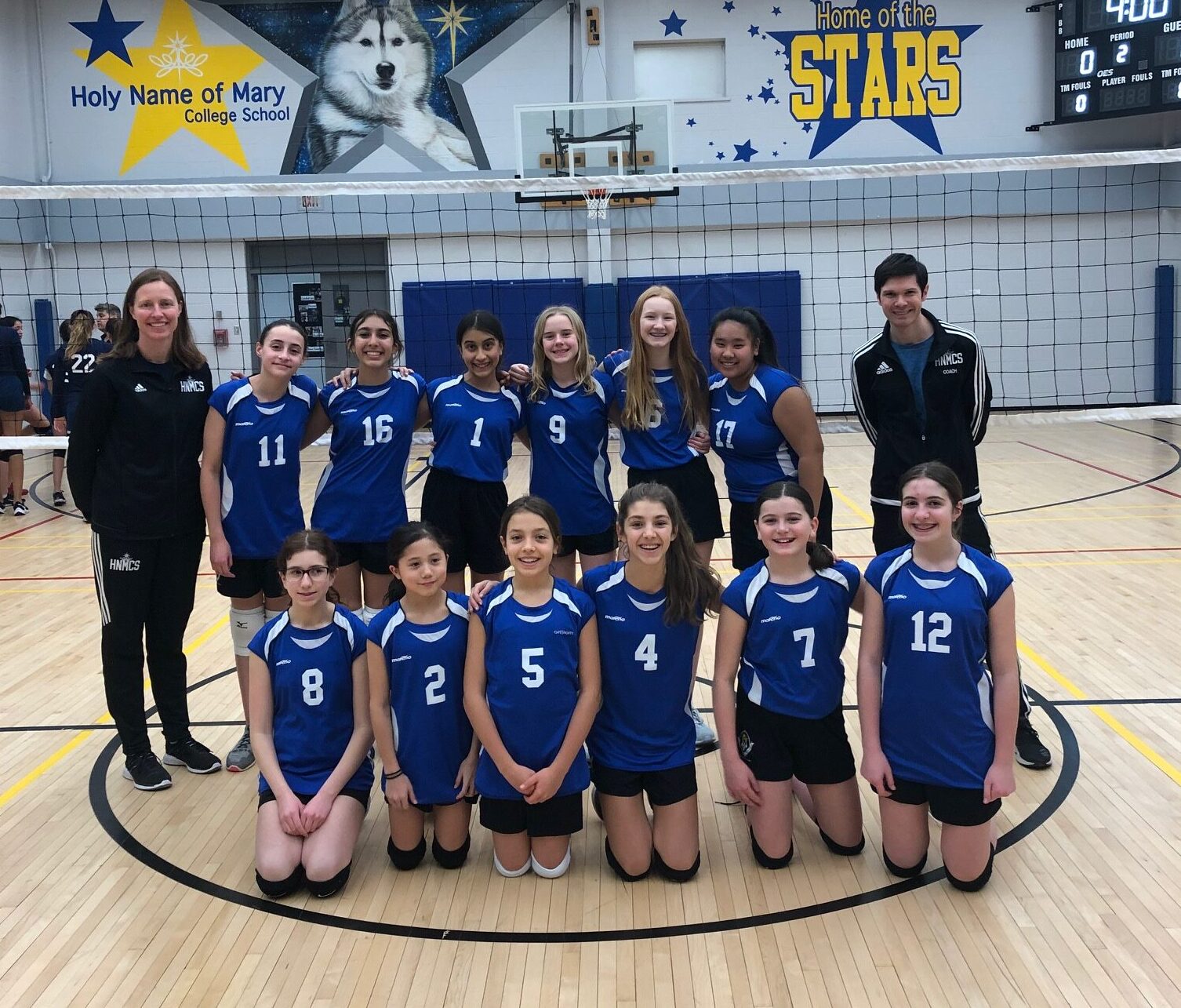 This season, the U14 Basketball team travelled to Oakville Christian School for their PSAA tournament. The team showed incredible spirit and determination and improved immensely over the course of the day. Though it was a tough day for the girls, they can all be incredibly proud of their efforts throughout the season.

Our school hosted the PSAA U12 Basketball tournament this year with 3 other schools Fern Hill Oakville, Sherwood Heights and Oakville Christian School coming to play. The team started well with a 19-2 win against Sherwood Heights, which was followed by some tight losses against both Fern Hill and Oakville Christian. The team progressed to playoffs in third position but were unfortunately beaten by the winning team. The day ended on a high though as we claimed third place with a win against Sherwood Heights.

Huge thank you to Coach Cassandra Irving for coaching both teams this season! 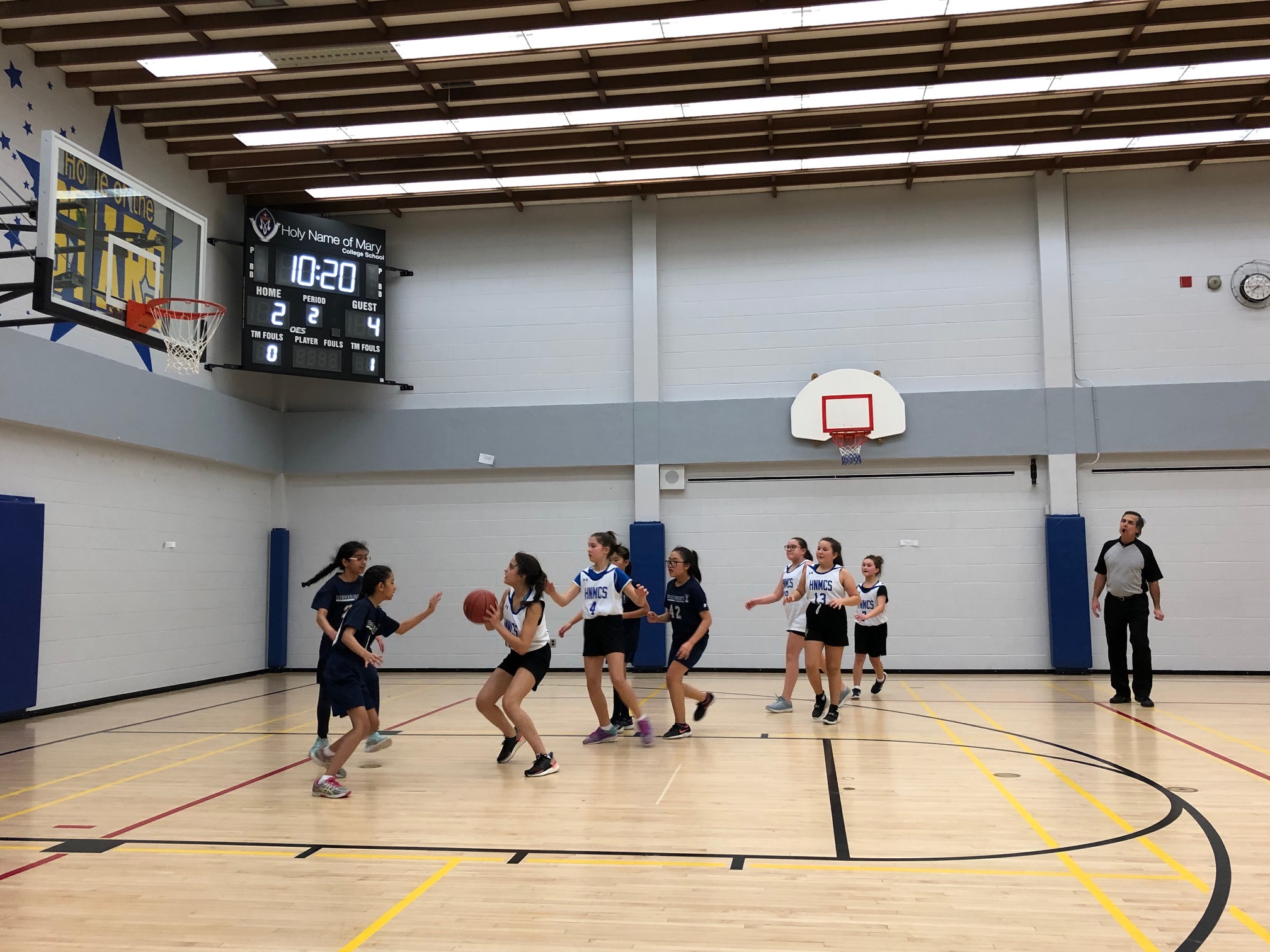 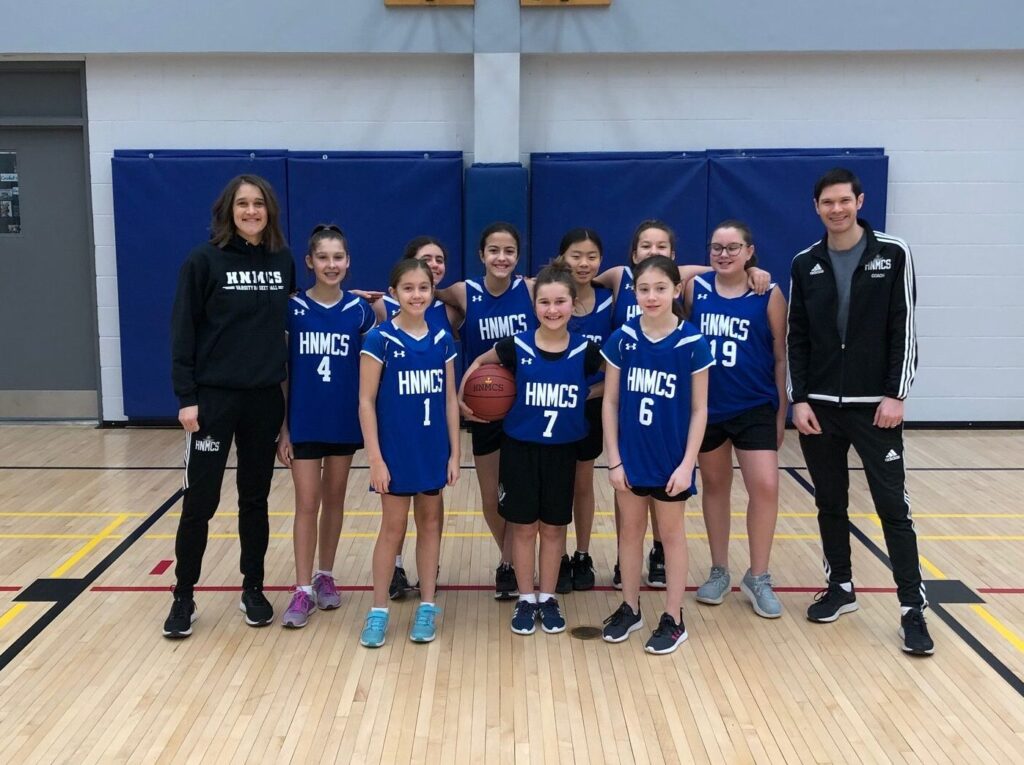