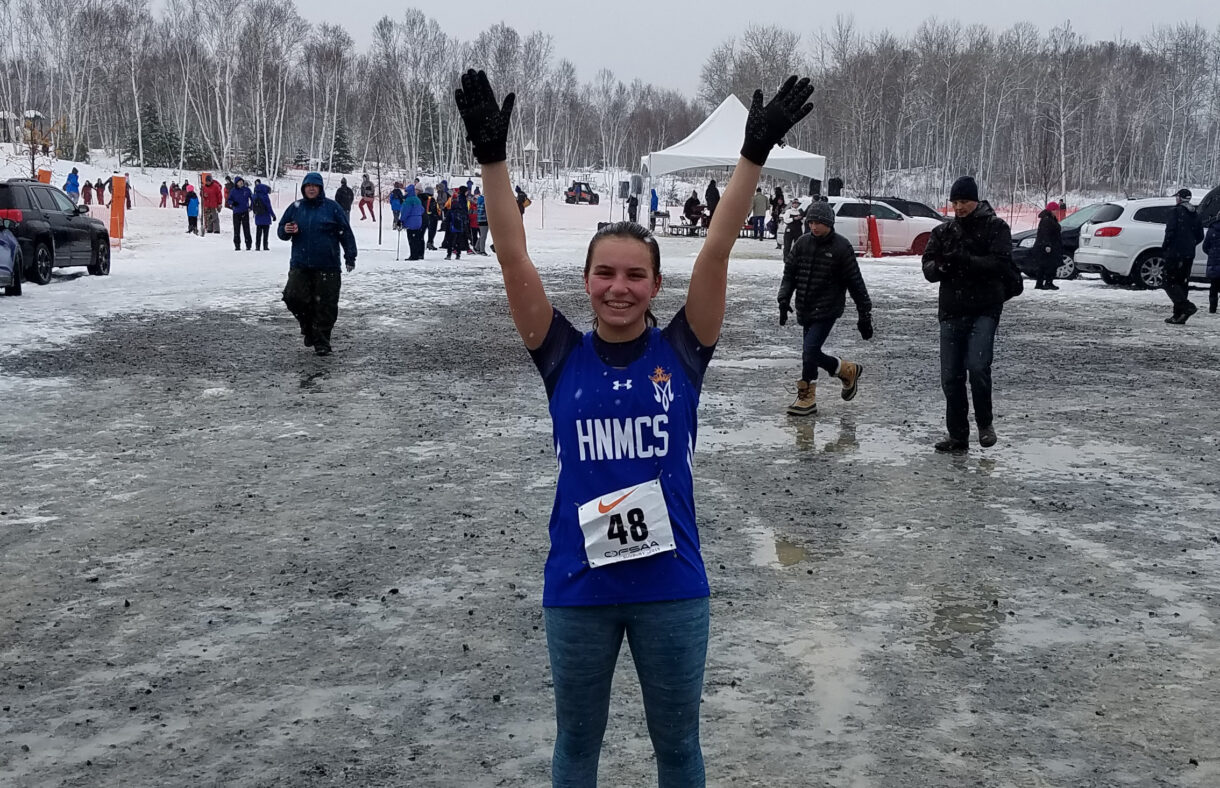 This fall, both the U12 and U14 soccer teams had an excellent season. They showed their skill and determination as they continued to improve and develop both their individual and team skills as the season progressed. The U12 team participated in the PSAA Soccer Tournament and played three hard-fought round robin games. After advancing to and winning the semi-final match, they faced Fern Hill in the finals and were victorious, claiming first place for HNMCS! The highlight for the season for the U14 team, was their victory against Holy Trinity School, where they were initially trailing 2 - 0 but ended the game as 5 - 4 winners. The team made it to playoffs against Havergal College, and, though they did not win their playoff game, they can be extremely proud of their efforts over the course of the season. Though small in number, both teams showed that they can compete at a high level and built lasting friendships along the way. Well done, Stars! 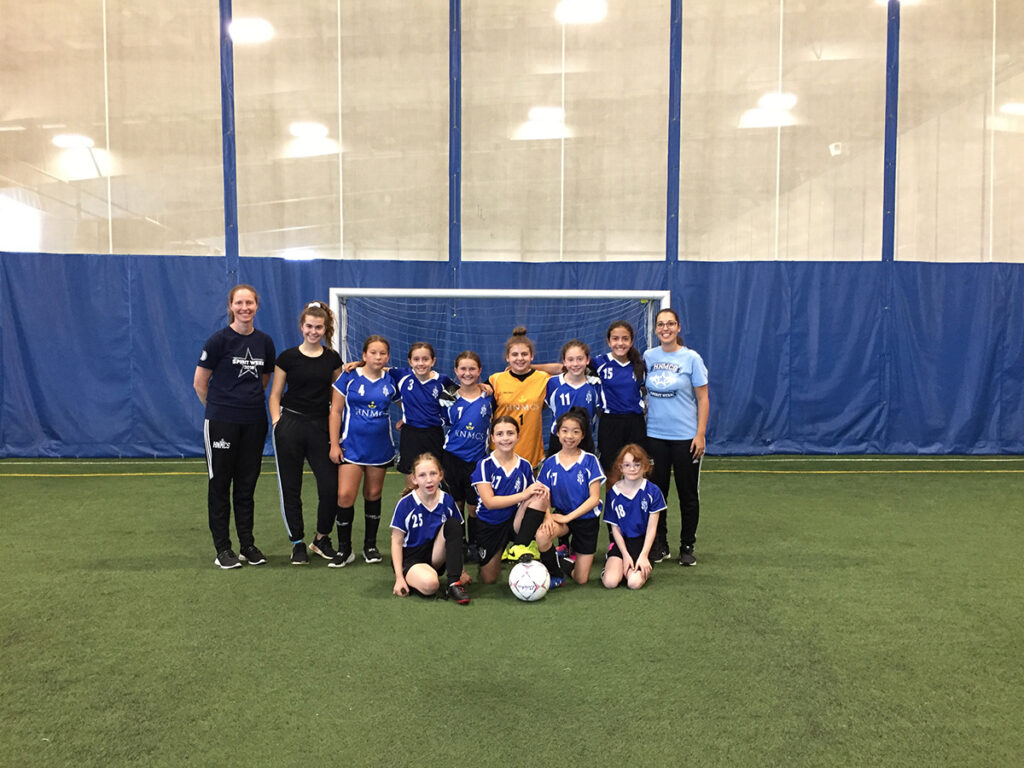 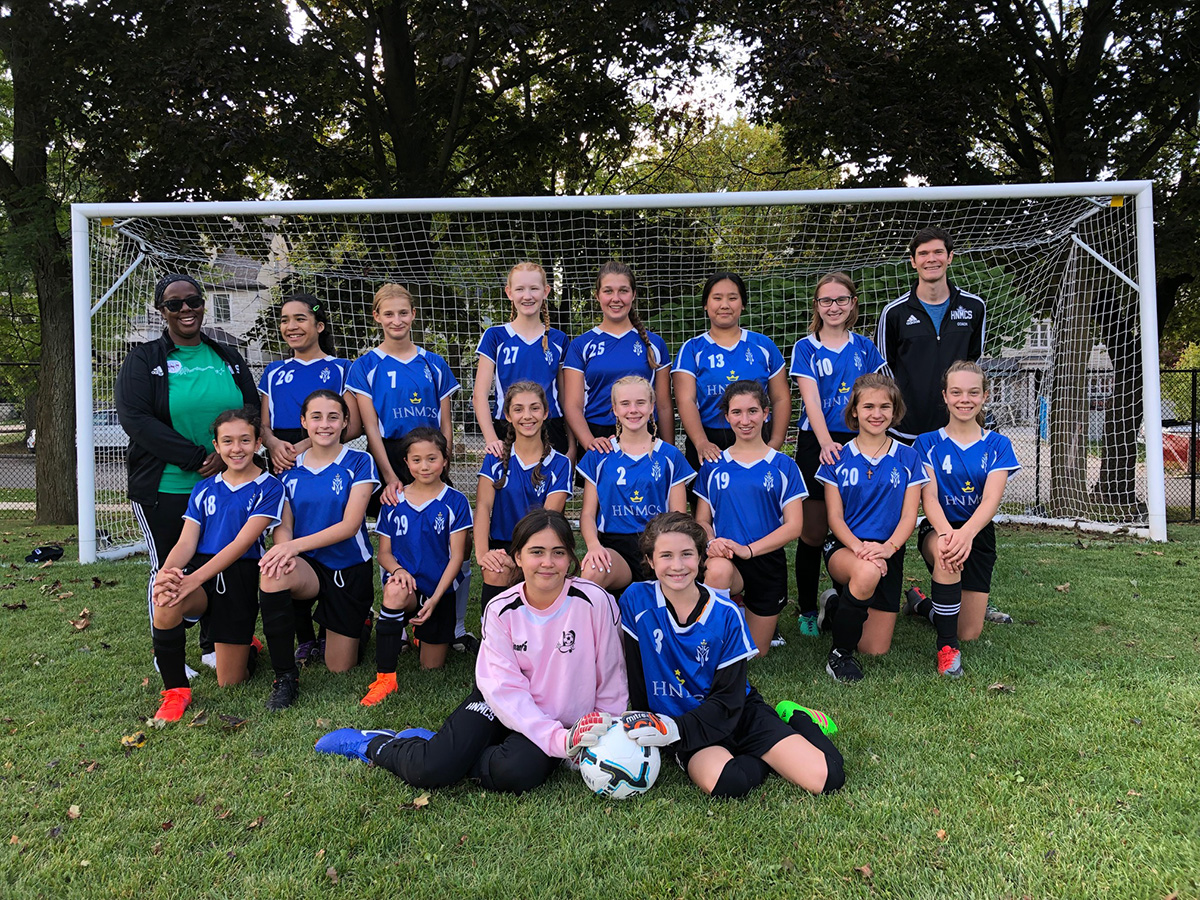 MS Cross-Country: The HNMCS Middle School Cross Country team completed another successful season in high spirits. The season got off to a positive start as the small team of three worked hard to improve their cardio and running abilities while setting personal goals to help focus on self-improvement. The girls participated in two invitational meets including the HaverCrest Invitational at Centennial Park and the UCC XCountry Meet at Norval Outdoor School where the girls each overcame challenges and enjoyed personal successes. All the hard work paid off as every runner came out of the CISAA Junior Cross Country Championship meet at Centennial Park with a personal best to top the season.

U14 Flag Football: Cold and rainy weather did not stop the U14 Flag Football players this year! As there were many interested students, we were able to make two competitive teams this season. After a few lunchtime practices, the girls had their first chance to play together at the PSAA Tournament. The Grade 8 team improved steadily throughout the day, narrowly losing the semi-final match against Mentor College. The Grade 7 team also worked hard, and after an exciting semi-final win, they fell to a tough team from Fern Hill in the championship match, earning second place overall in the tournament. Both teams will head to the CIS Tournament at Crestwood Prepartory College later this week, to close out their season. Congratulations to all team members on an exciting and successful year! 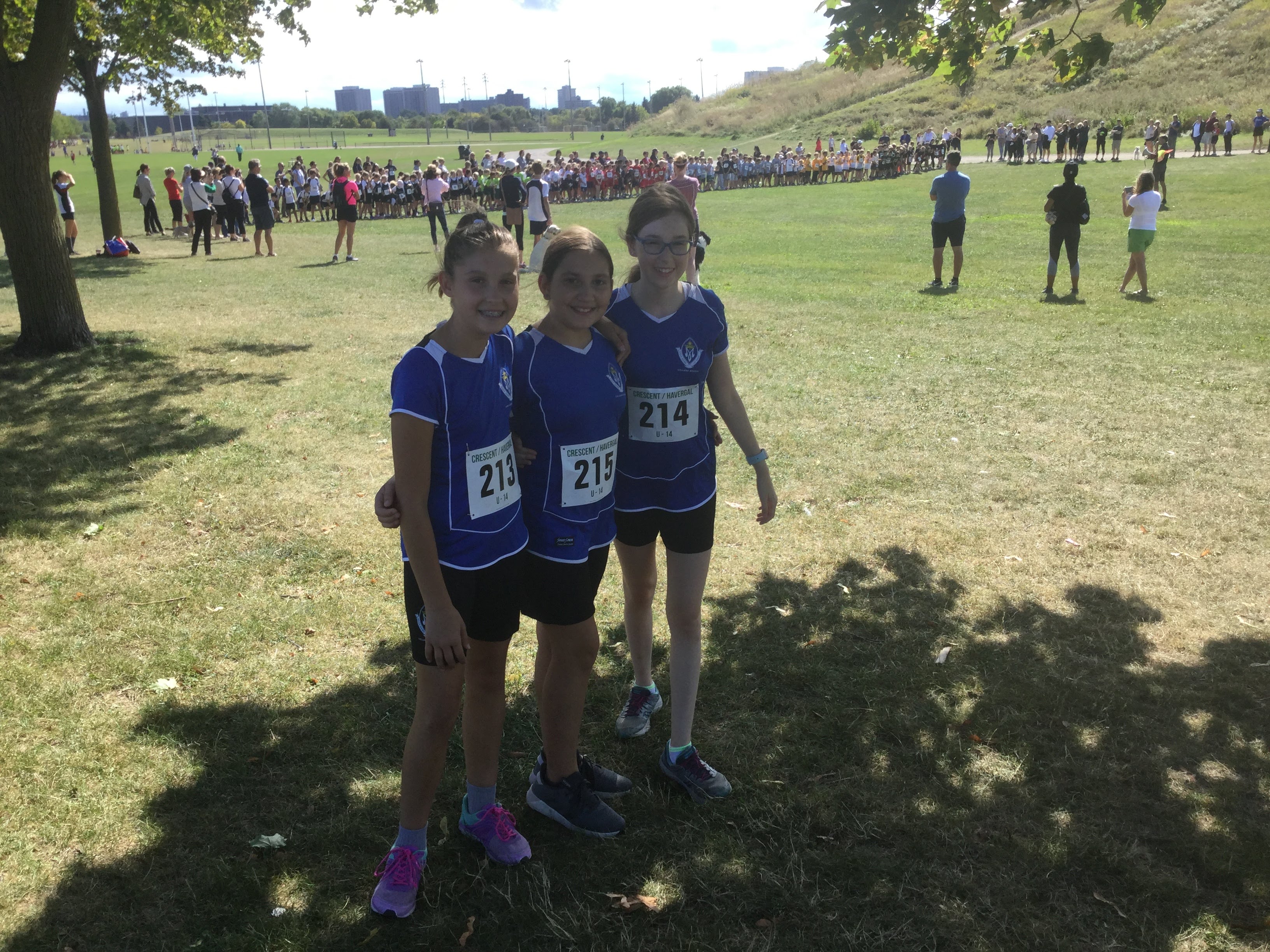 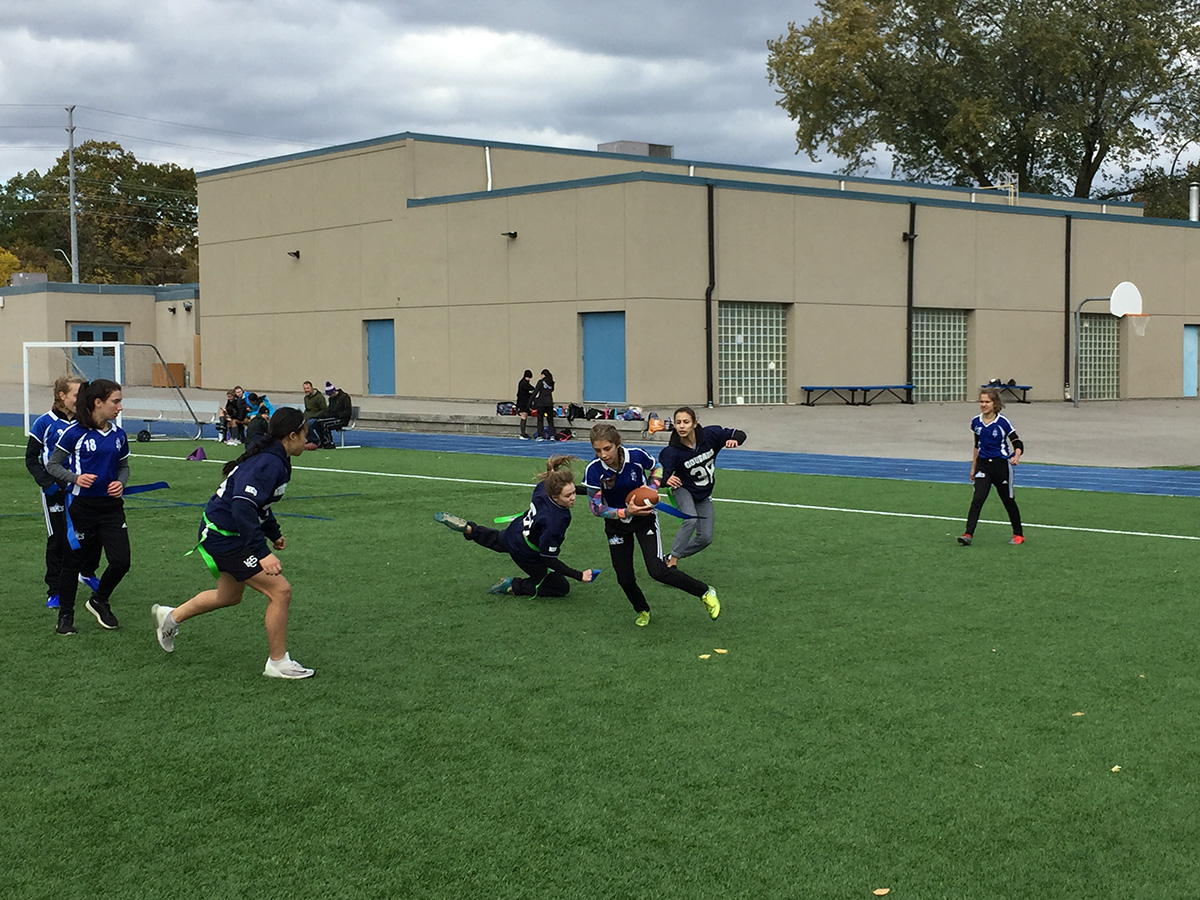 The HNMCS Flag Football team started off the season with an impressive second place finish in the Heart Lake Tournament. Led by captains Rachel Senatore ‘19 and Senna Fabricius ‘19, the team finished 5-1 in the regular season, good for second in the division. A 25-0 win over Glenforest in the Round of 16 and a come-from-behind 12-7 win over Sandalwood in the Quarterfinals put the team in the semi-finals against Bramalea.

The SS Cross-Country team (Sara Arciero '23, Caroline Clasper '20, Madison Gorthy '21 and Lanlan Wang '21) had a great season . October 18, 2019 the SS Cross-Country team competed in the Toronto Beaches Boardwalk Relay which qualified the team to compete at CISAA. Sara Arciero had a fantastic finish placing 5th (individual runner) at CISAA Championships in Port Hope to advance to OFSAA. The 2019 OFSAA Cross-Country Championship was held at Kivi Park, Sudbury on Nov. 2, and drew approximately 1800 athletes from over 300 different high schools across the province of Ontario. Congratulations to Sara Arciero '23 who persevered through the snowy, cold weather to finish the race.

In Basketball, the varsity team participated in their second season in the CISAA league and showed tremendous growth and determination. This year’s roster featured both new and returning players who worked together diligently to refine their skill set. After a successful regular season, the girls won the first CISAA playoff game in Holy Name of Mary history in a hard-fought battle against Trafalgar Castle School.

“This season gave us a great experience for us to learn, grow, and play together as a team. We accomplished so much considering the short amount of time we had together.” Angeline Medeiros ‘22 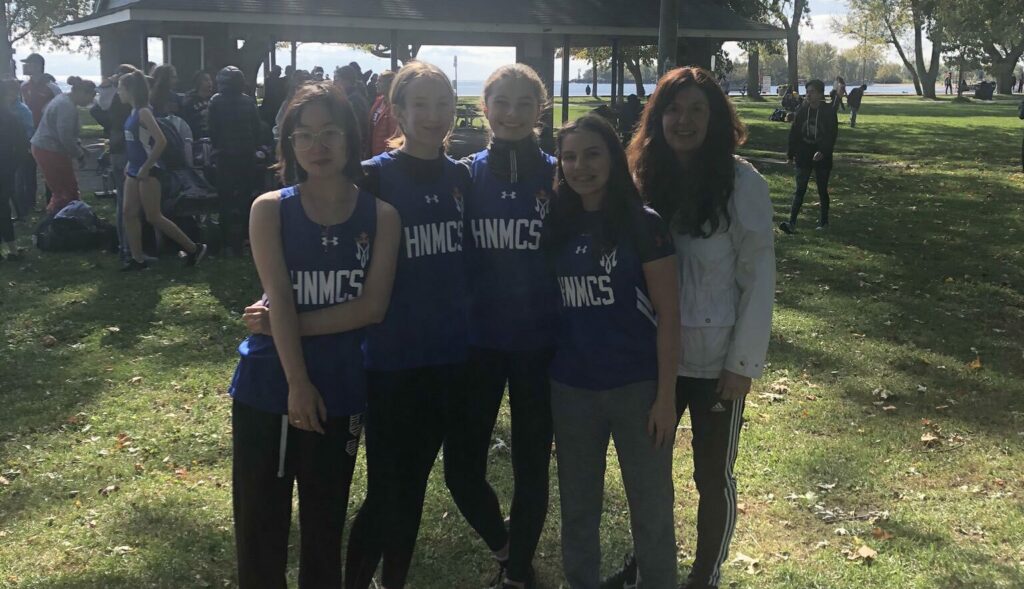 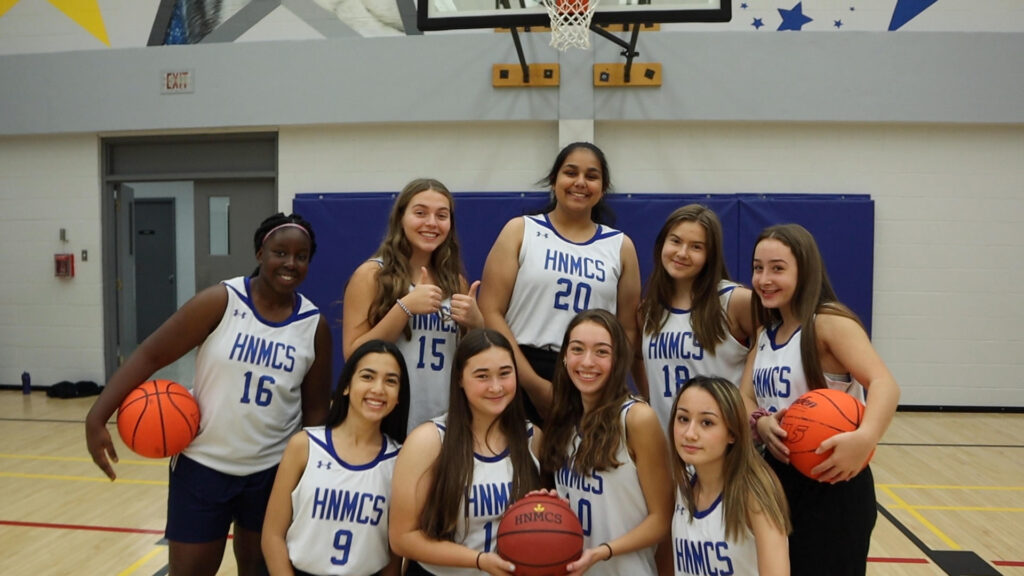