For the first time in its history, the Conference of Independent Schools' Athletic Association (CISAA) has a Girls Flag Football league. After years competing in Flag Football in ROPSSAA, Holy Name of Mary initiated the process of starting a league in CISAA with Crestwood, Lakefield, Havergal, and BSS. 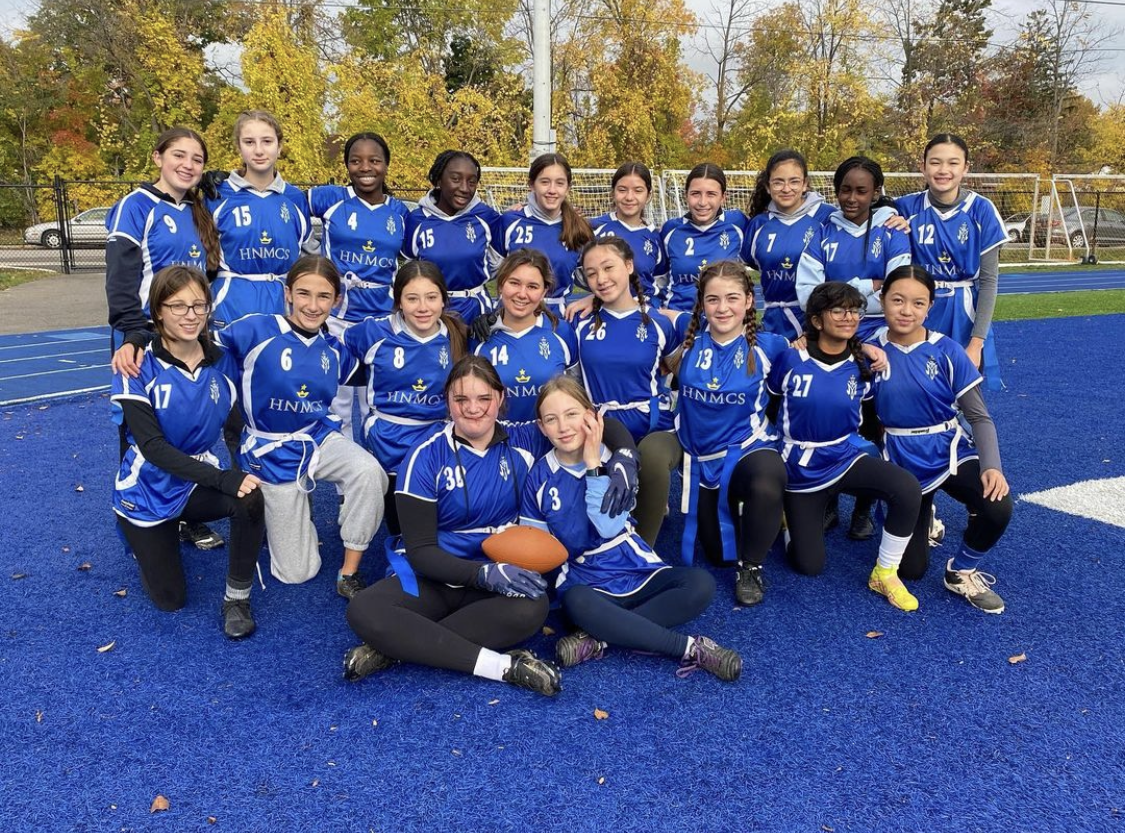 The season began with a very successful invitational tournament where all schools were able to play the sport in an organized fashion for the first time. HNMCS began their regular season with convincing 37-0 and 20-0 wins over Lakefield and Havergal, respectively.

As of the time of writing, the team is preparing to face Crestwood in the semifinals. Special congratulations to our team captains Sara Rinomato (‘23) and Sonya Yacynowych (‘23) for their dedication and commitment to building the football program at Holy Name of Mary.

For more information on CIS Ontario please visit their website.