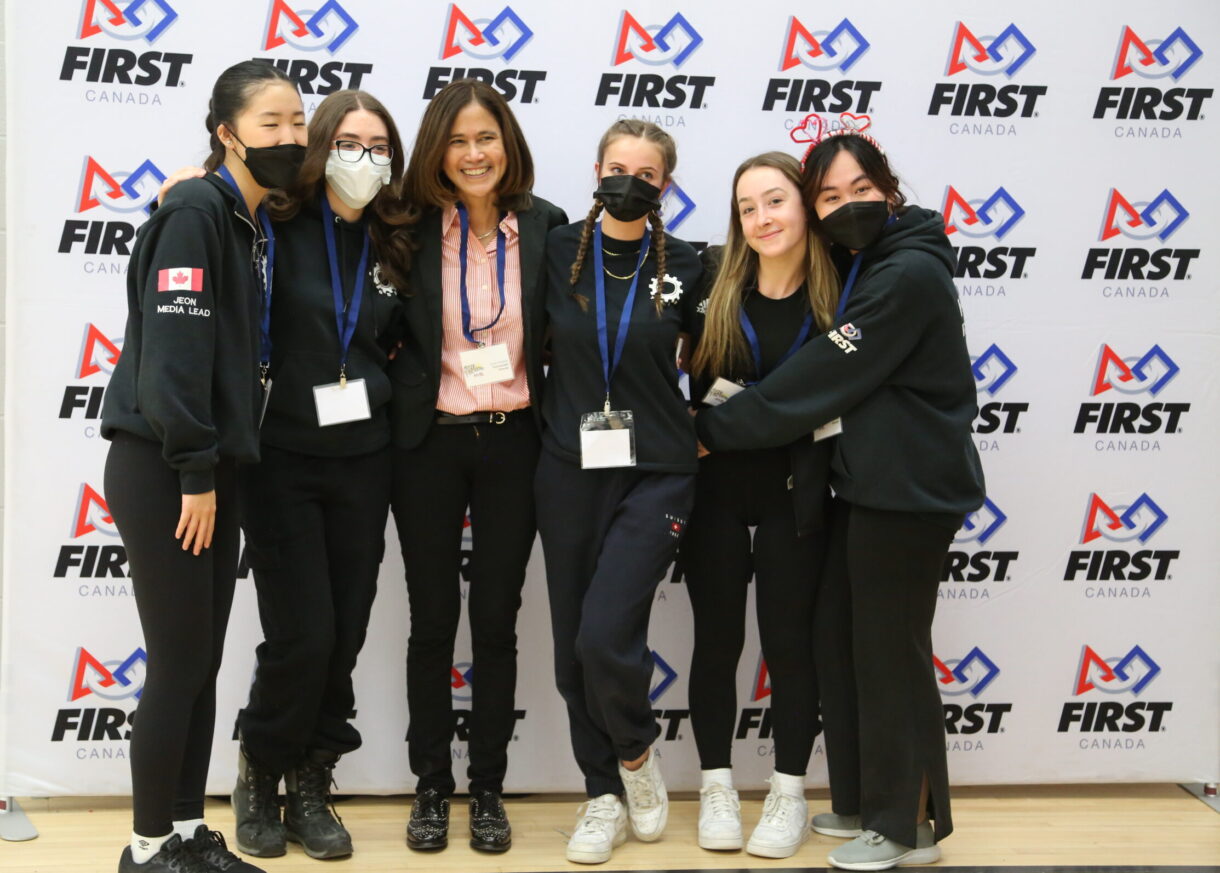 FIRST LEGO League (FLL) Challenge is the oldest of three divisions of FIRST LEGO League, and the stepping stone from middle school through FIRST Tech Challenge to the highest level of robotics competition, FIRST Robotics Competition Teams such as HNMCS Senior School Robotics team, FRC Team 7659. The robotics programs of FIRST are designed to inspire youth to experiment and grow their critical thinking, coding, and design skills through hands-on STEM research, mechanical design and robotics.

On Saturday, 17 December 2022, 24 teams from as far as Niagara Falls converged at HNMCS to compete with the best of the best. Teams spent the day competing in this year’s SuperPowered challenge. They presented their Innovation Projects where they designed and created a unique solution to a specific problem with energy. Teams designed and created a robot that competed in Robot Game missions through innovation Robot Design, clear mission strategy and functional coding.

HNMCS Senior School Robotics hosted one of the largest FLL competitions in Toronto, and advanced some of the highest scoring teams to the Ontario Provincials. They delivered a flawless programme for over 250 guests through the diligent work of the lead students. Sabrina Fang ‘23, the Production Manager, worked closely with Tournament Director, Dr. Kozma, and was the point-of-contact for all leads and judges. She was involved with all aspects of the competition, coordinated communications with teams and volunteers, oversaw check-in and produced event materials such as volunteer information packets. Sally Jeon ‘23, the Field Manager, oversaw all tournament referees with a comprehensive knowledge of the season field setup, mission rules and challenge updates. Brigitte Rauch ‘23, the Pit Manager organized the home base for teams during the event, scheduling teams for practice rounds, queuing teams for judging sessions and robot rounds and operating the concession stands. Veronica Grignano ‘23, the Technical Advisor, kept technical systems functioning such as DJ, audio, PA announcements and computer needs so that the schedule was maintained throughout the day. Ainsley Rix ‘23, lead Master of Ceremonies, brought the energy up in the robot field and created and sustained and exciting, fun atmosphere throughout the event. Together with Qi, a high school student from a neighbouring school, Veronica & Ainsley maintained the pace of the event and were consummate FIRST ambassadors.

I would like to express my deep gratitude to you and all of the volunteers for the time and effort that you invested, ...to help make the FIRST LEGO League Challenge Qualifying Tournament at Holy Name of Mary College School such an enjoyable experience for participating teams. 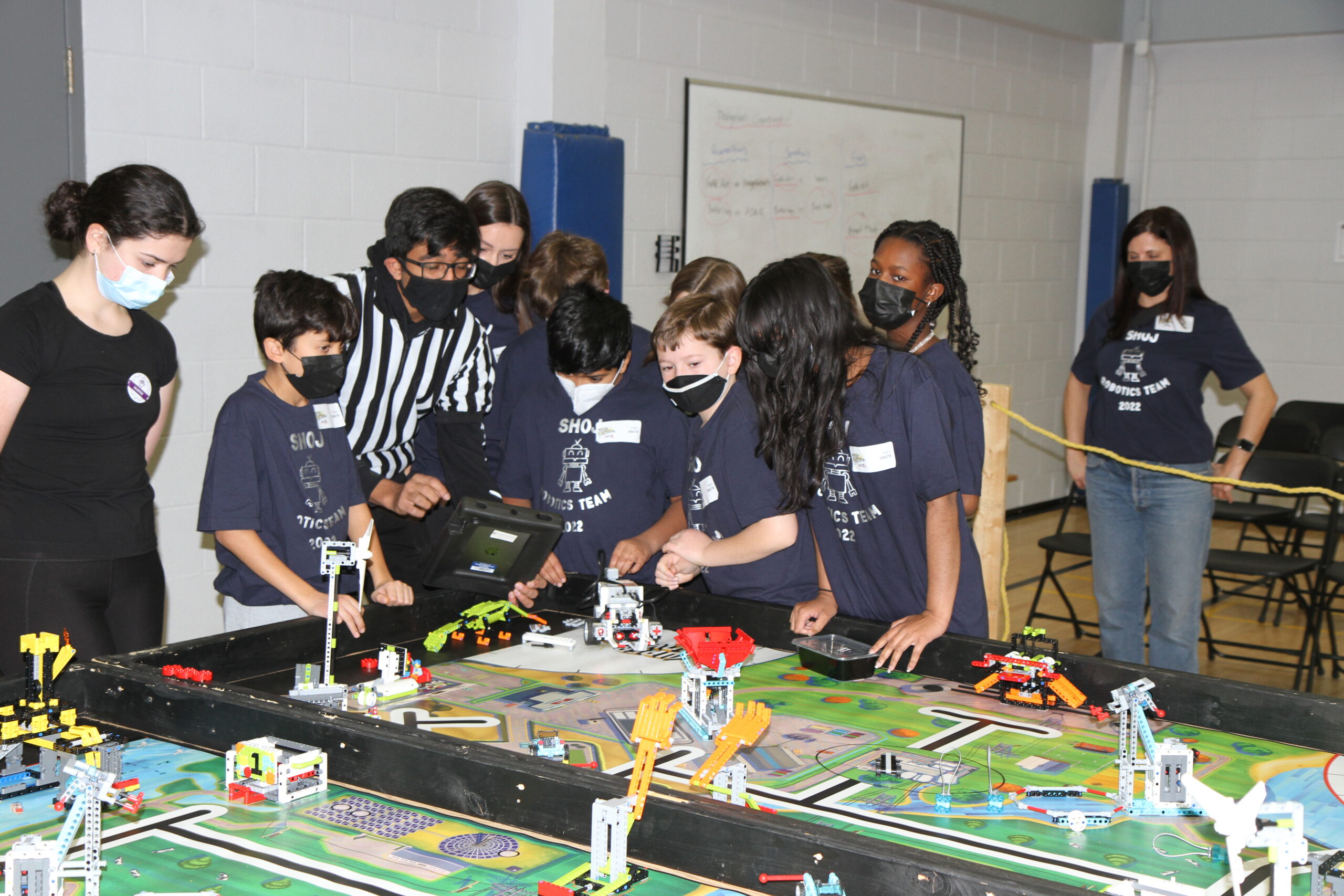 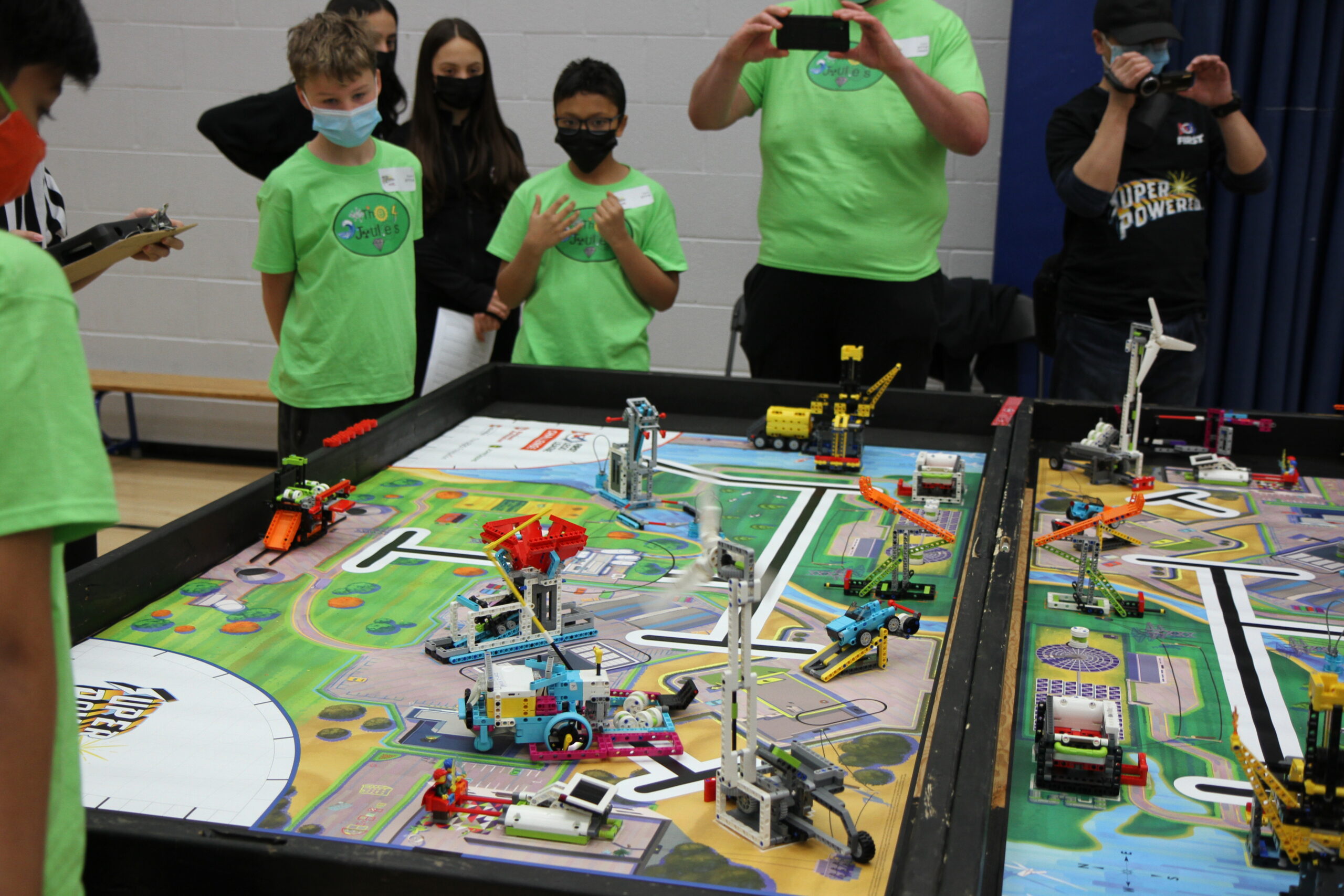 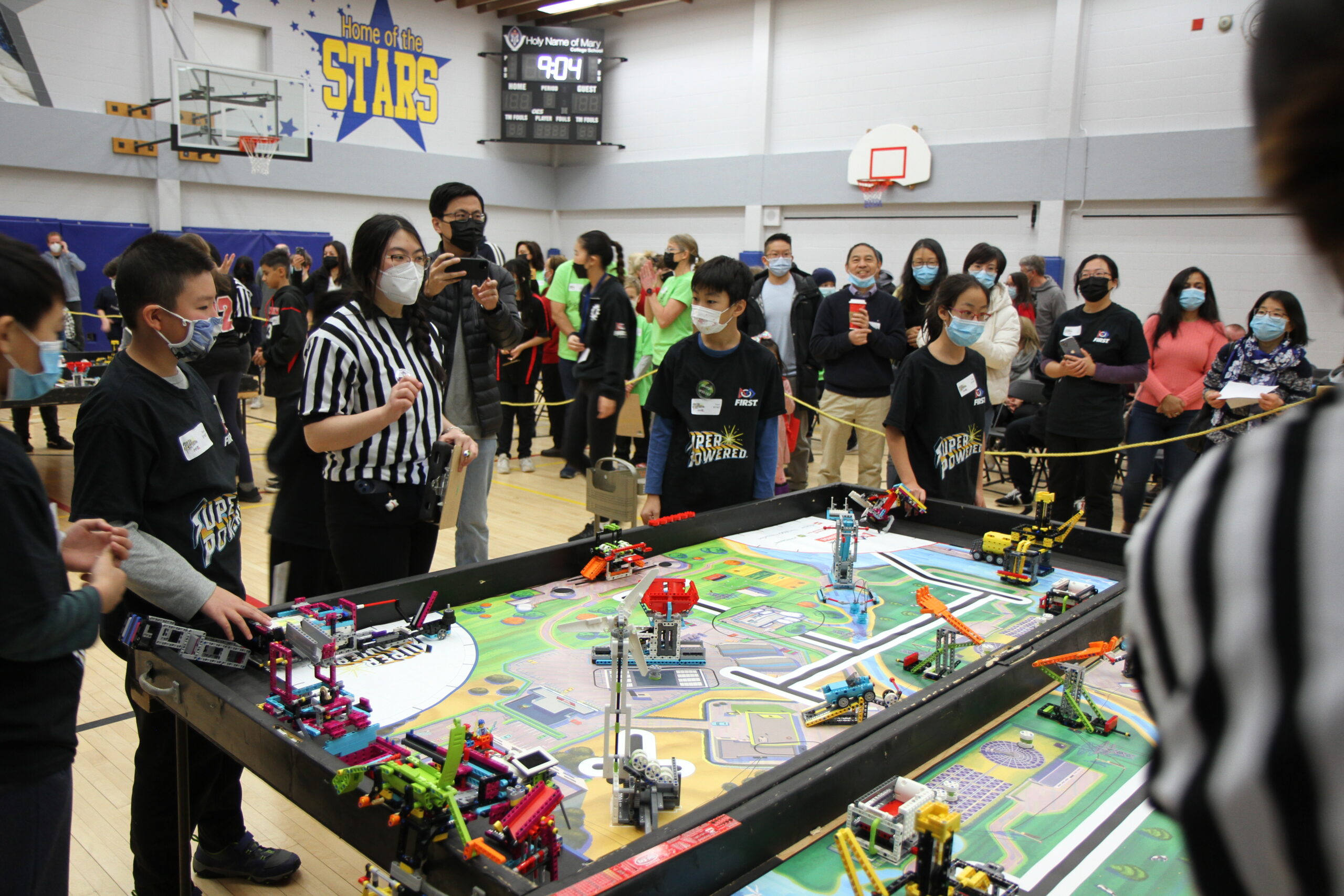 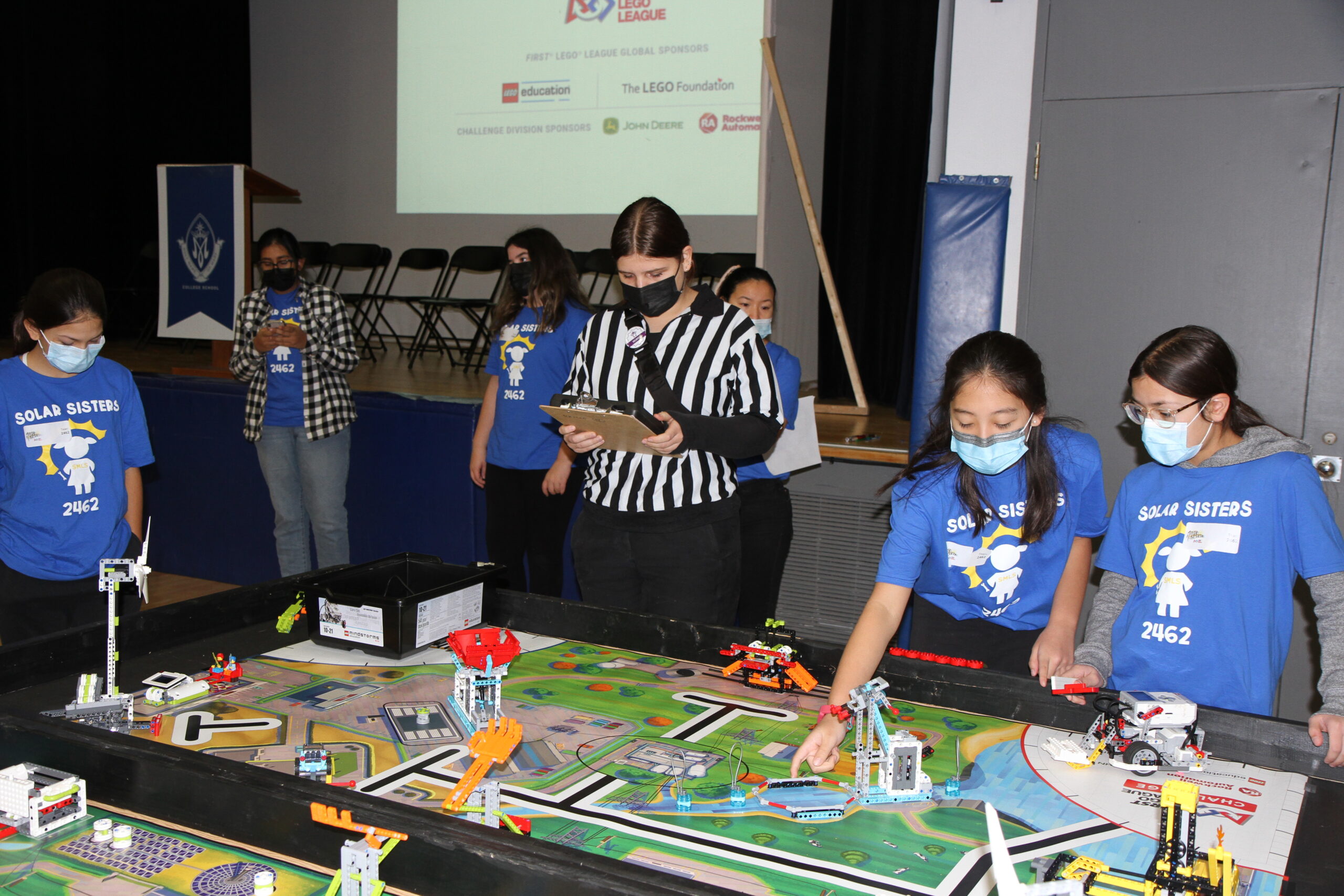