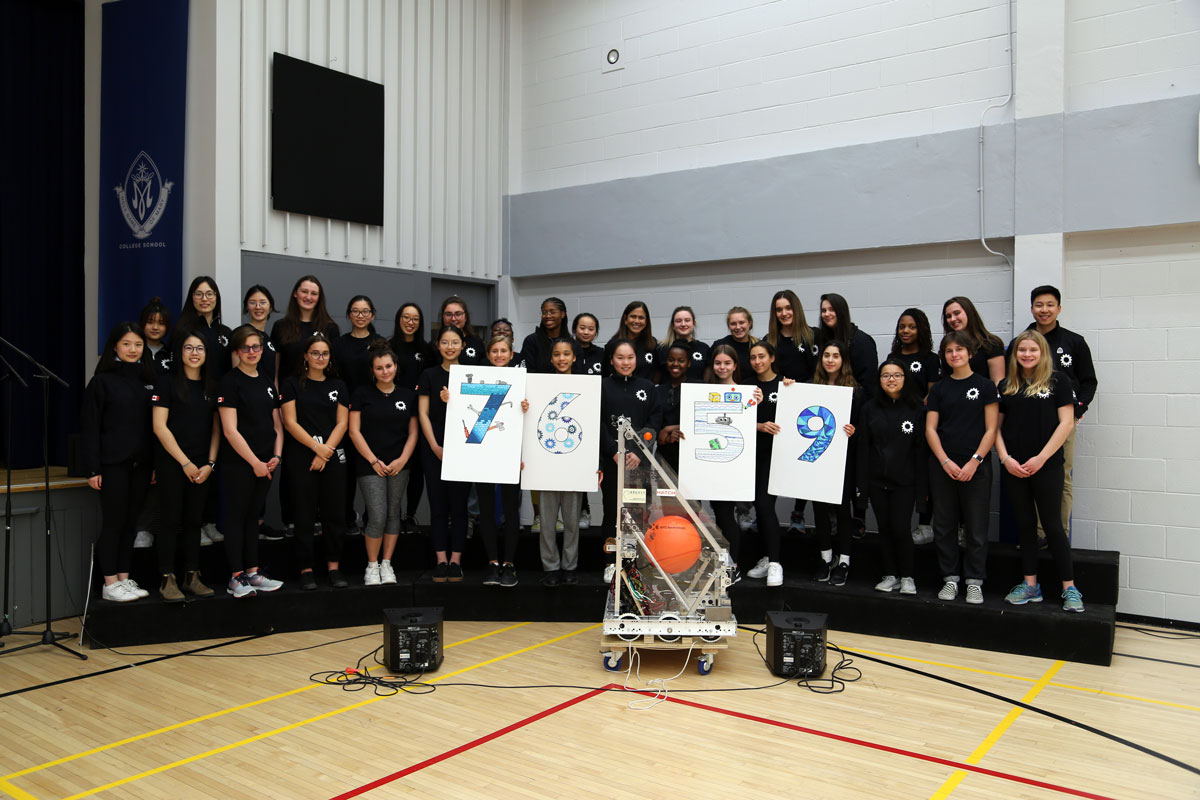 HNMCS spread the word about our success in advancing science and technology on the radio show What She Said! with Christine Bentley & Kate Wheeler. The wide-ranging interview explored HNMCS Innovation Time, which sets aside 1.5 hours each week for students to work on something they are passionate about. For example, students developing prototypes in wellness worked with technology students to 3D print their models. The curriculum for grades five and six is brought to life with interactive robot missions where students design their own robot field and challenges. 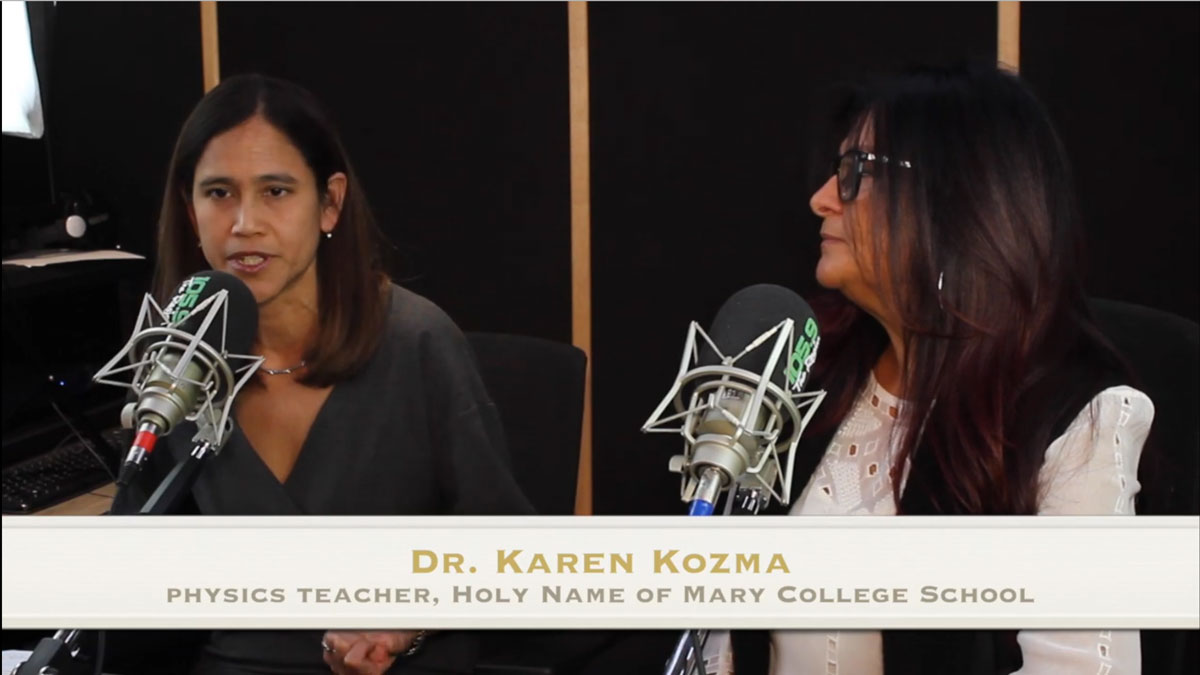 We also discussed the growing number of HNMCS graduates pursuing STEM careers (78% of our 2018 graduates went on to study STEM related programs in university) and celebrated the success of our robotics team.

HNMCS Robotics FRC Team 7659 completed its first competitive season and it was a huge success. Using their creativity and technological skills, including Computer Aided Design, machining and coding, they built a 120 pound robot named Kozmo Bot. After competing against more than 173 teams in Ontario, many with more than 15 years’ experience, HNMCS Robotics finished well within the top 100.

More than 47 girls or 30% of senior school students are on the team, which is setting itself apart by creating an identity based on the interests and talents of each member. For example, many of the team members are musicians and outfitted Kozmo Bot with cymbals so it can clap. Kozmo Bot will be performing at our Spring Café demonstrating that robotics can extend into creative disciplines.

Kozmo Bot is the newest, but not the only, performer on the musically talented robotics team, who were invited to sing O Canada at the opening ceremonies of the robotics competition at Western University. 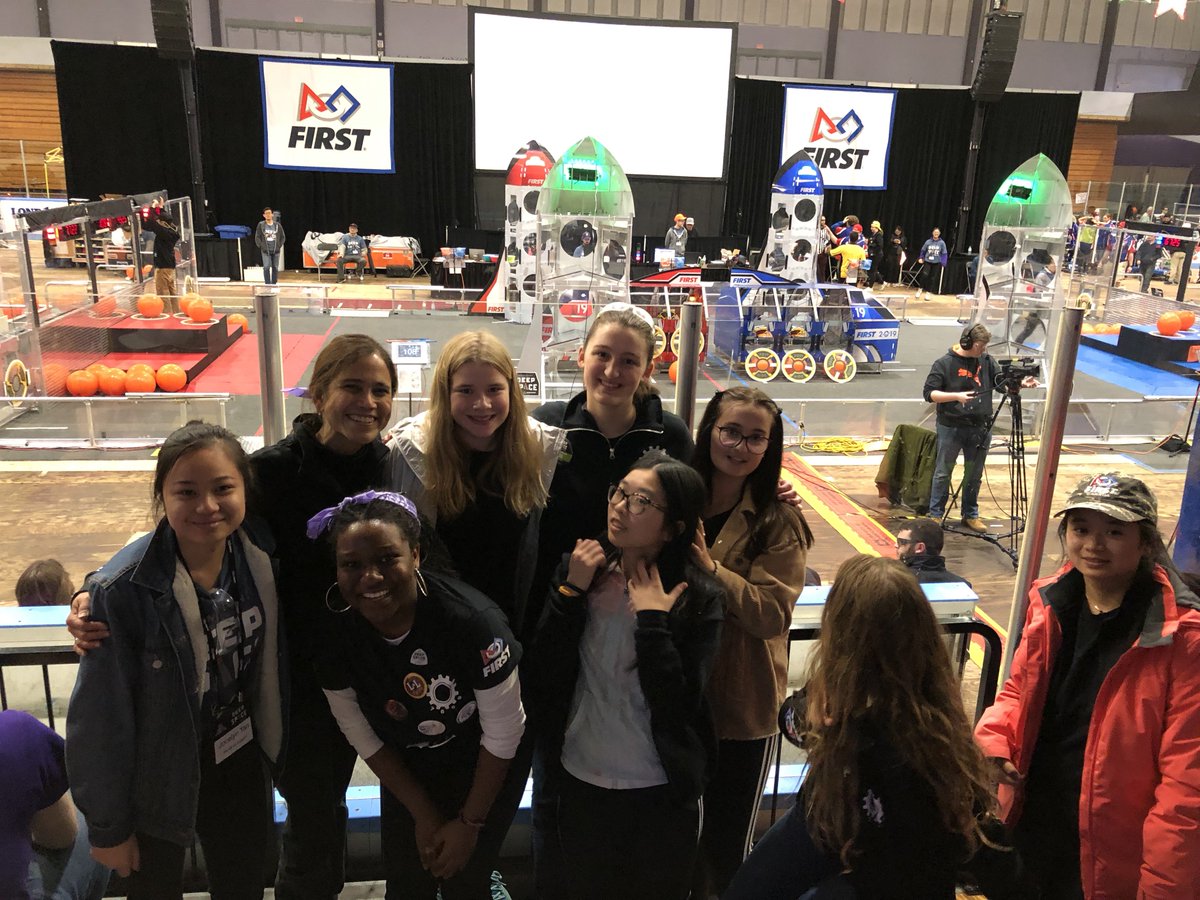 We also plan to develop leadership skills in our members in various disciplines such as programming, Computer Aided Design, animation videos, media and business. We are continuing to grow STEM awareness in our community with events such as Motion Monday, where every Monday our members conduct workshops on various STEM related activities. It’s going to be an exciting year, building on past successes and spreading the word about STEM.