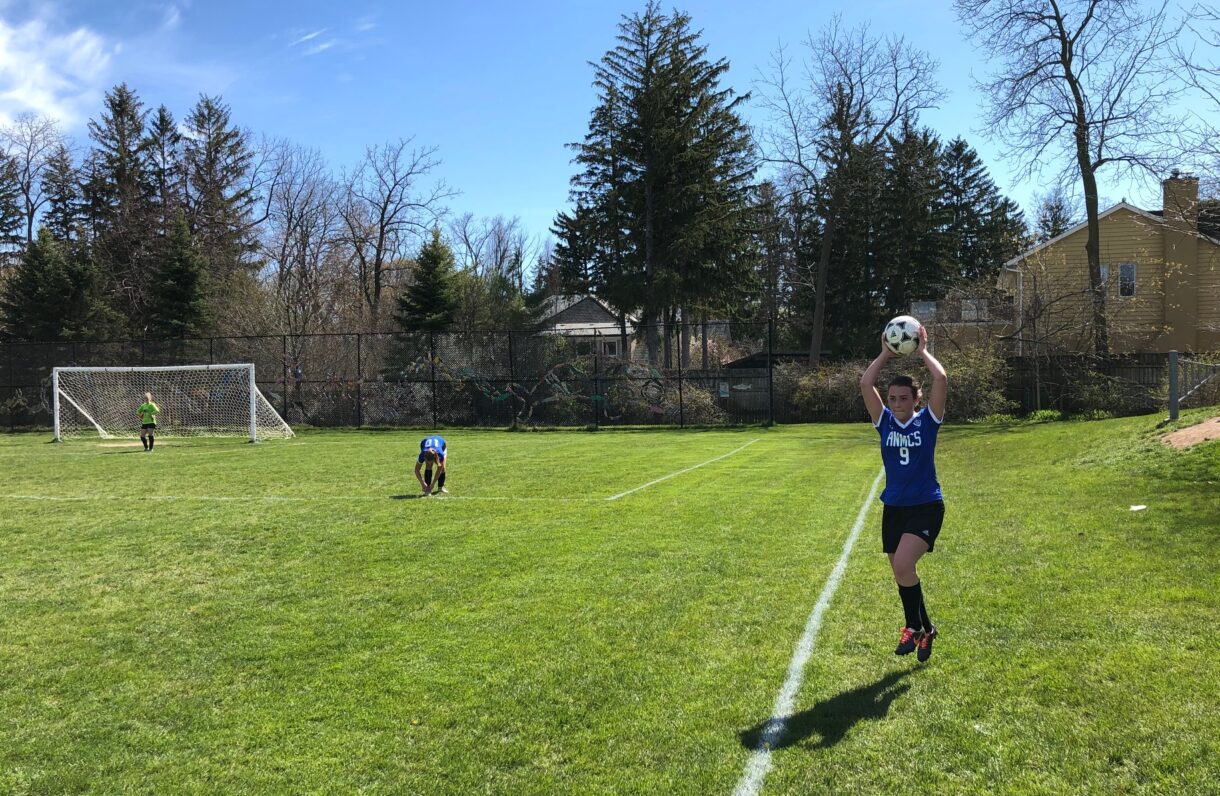 Being unable to compete for the past few spring seasons, the Varsity soccer team welcomed the opportunity to compete in the CISAA for the first time.

The season started really well for the team with an excellent 2 - 1 victory against De La Salle College with some heroic goalkeeping from Isobel Gasparotto-See ‘22 and some fantastic finishes from Christina Caklos ‘22. The team high on confidence then came up against a strong Crestwood School team and ended the game with a 3 - 0 loss; though they did show some excellent team spirit and resilience given the extremely cold conditions.

The third game of the season saw the team travel to St Mildred’s in Oakville and though it was a tightly contested game, the team lost 2 -1 despite dominating the second half of the game. The final league game of the season saw us entertain Lakefield College School at Huron Park in Mississauga. The team showed incredible work ethic and support for one another but unfortunately Lakefield were too strong for us and the game ended with a Lakefield victory.

Our final league position meant we faced a playoff game against St Mildred’s. The team came rushing out the blocks and took an early 2 - 0 first half lead. The opposing team rallied in the second half and they ended with a 4 - 2 victory. Though not the way we had hoped the season would end, the team showed clearly how much they had improved both individually and collectively and can take great confidence going forward.

Huge thank you to the parents and the whole team, in particular our graduating athletes Christina Caklos ‘22, Delaney Ras ‘22 and Isobel Gasparatto-See ‘22 for an incredible season and a fantastic contribution to the HNMCS Athletics programme. 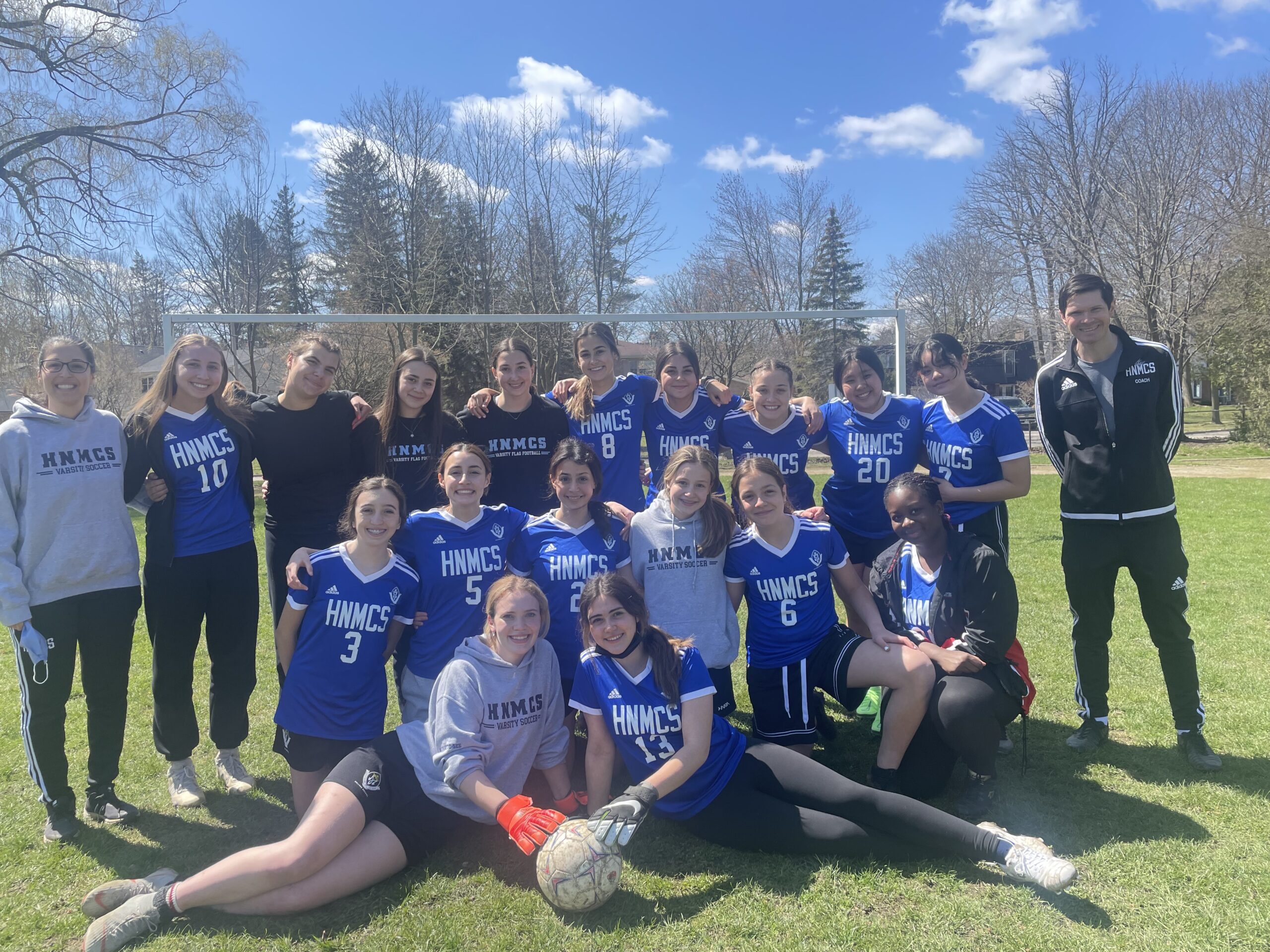 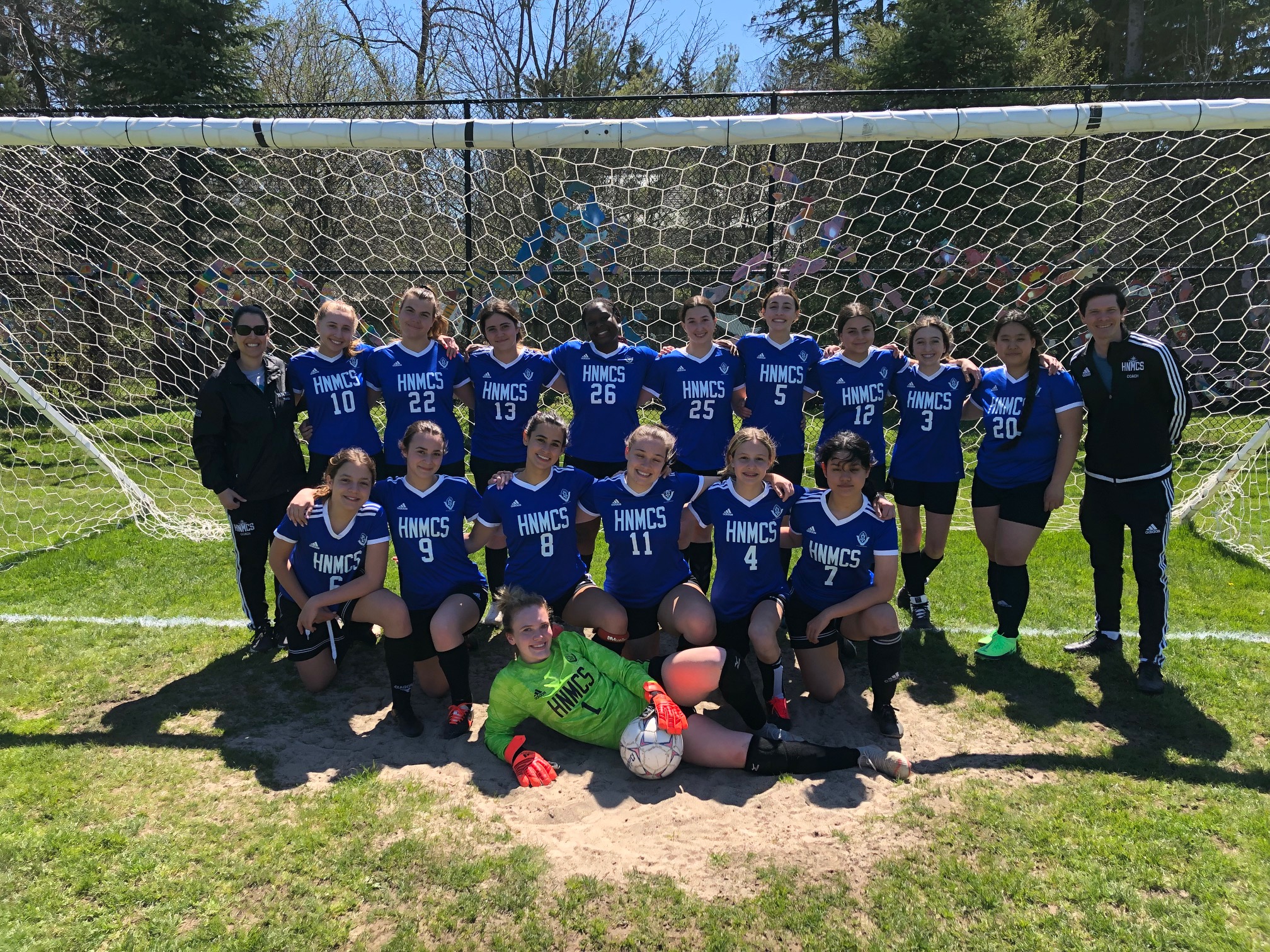 The U14 soccer team got their first appearance in the CISAA off to a flying start with a 3 - 2 victory against Ridley College. Sofia Raco (‘26) scored two goals and got an assist to help the team to victory.

The following game saw our team travel to Holy Trinity School and though it was an evenly matched game, we unfortunately ended up on the losing team. Our final league game saw us come up against a very competitive Appleby College side. The game ended up 1 - 0 for Appleby College but there was a standout performance from our goalkeeper, Cristina Racco ‘26.

The team progressed to playoffs against Villanova College and although the team lost 1 - 0 they showed incredible determination and belief in themselves to try to get the win. The team over the course of the season showed huge improvement and fantastic team spirit. Well done Stars!

An outstanding season by the senior golf team in just our second year competing in CISAA Golf. The girls competed in tournaments at Hidden Lake Golf Club, Bushwoods Golf Club, and Station Creek Golf Club. Thank you to our team members: Larysa Grod ‘25, Isabella Cloutier ‘24, Amy Goddard ‘24, and Demi Pappas ‘23 and special mention to Amy for finishing second overall in our final tournament. Thank you to the parents who supported the team throughout the season.

An extremely fun badminton season for both the U14 and Senior teams concluded with tournaments against Trafalgar Castle School and Hawthorn School, respectively. The senior team travelled to Whitby to play several matches against Trafalgar with several of our girls coming out on top. Special mention to our graduating seniors: Carina Choi ‘22, Grace Lollino ‘22, Emily Chen ‘22, and Maya Grzyb ‘22. 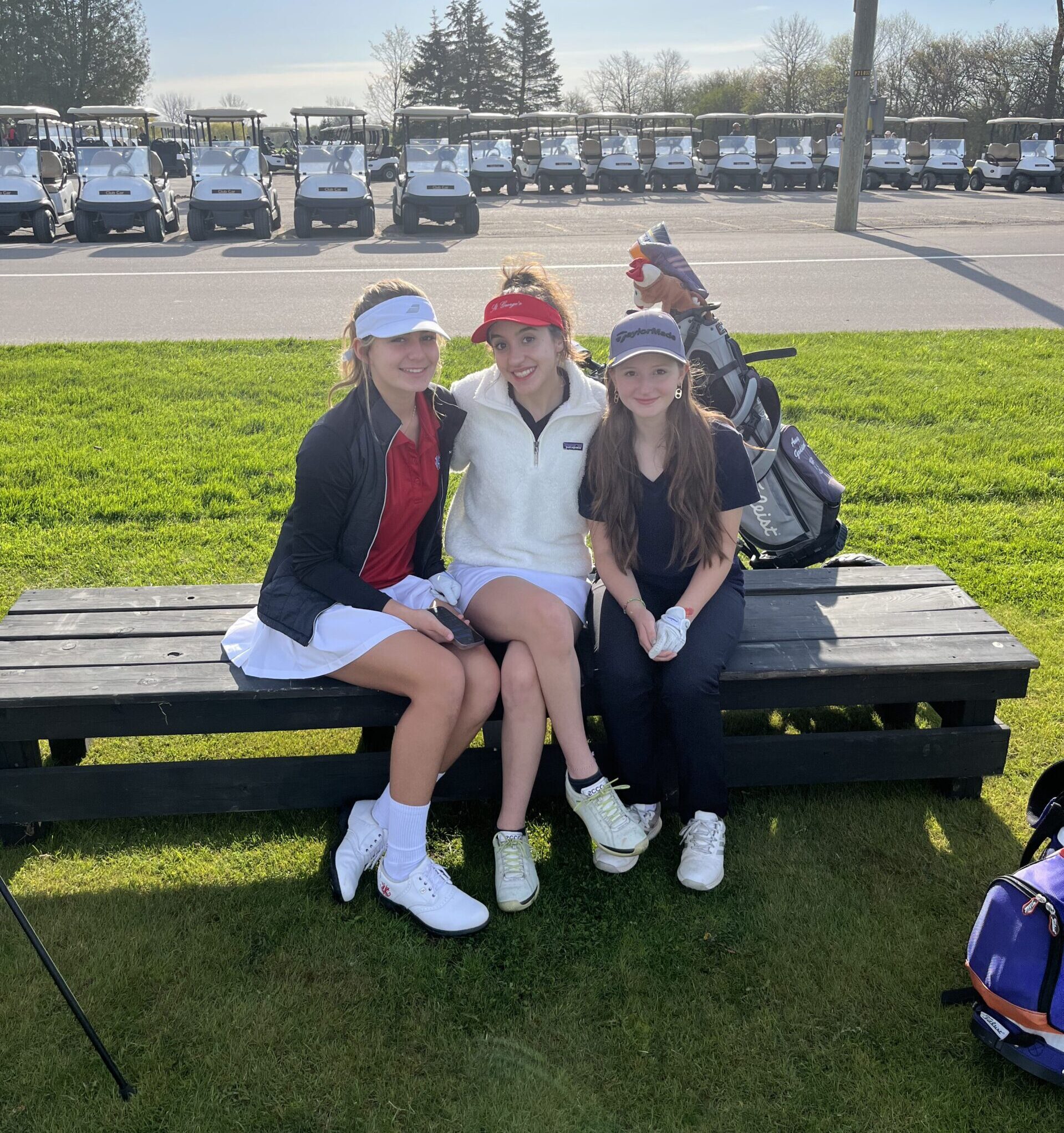 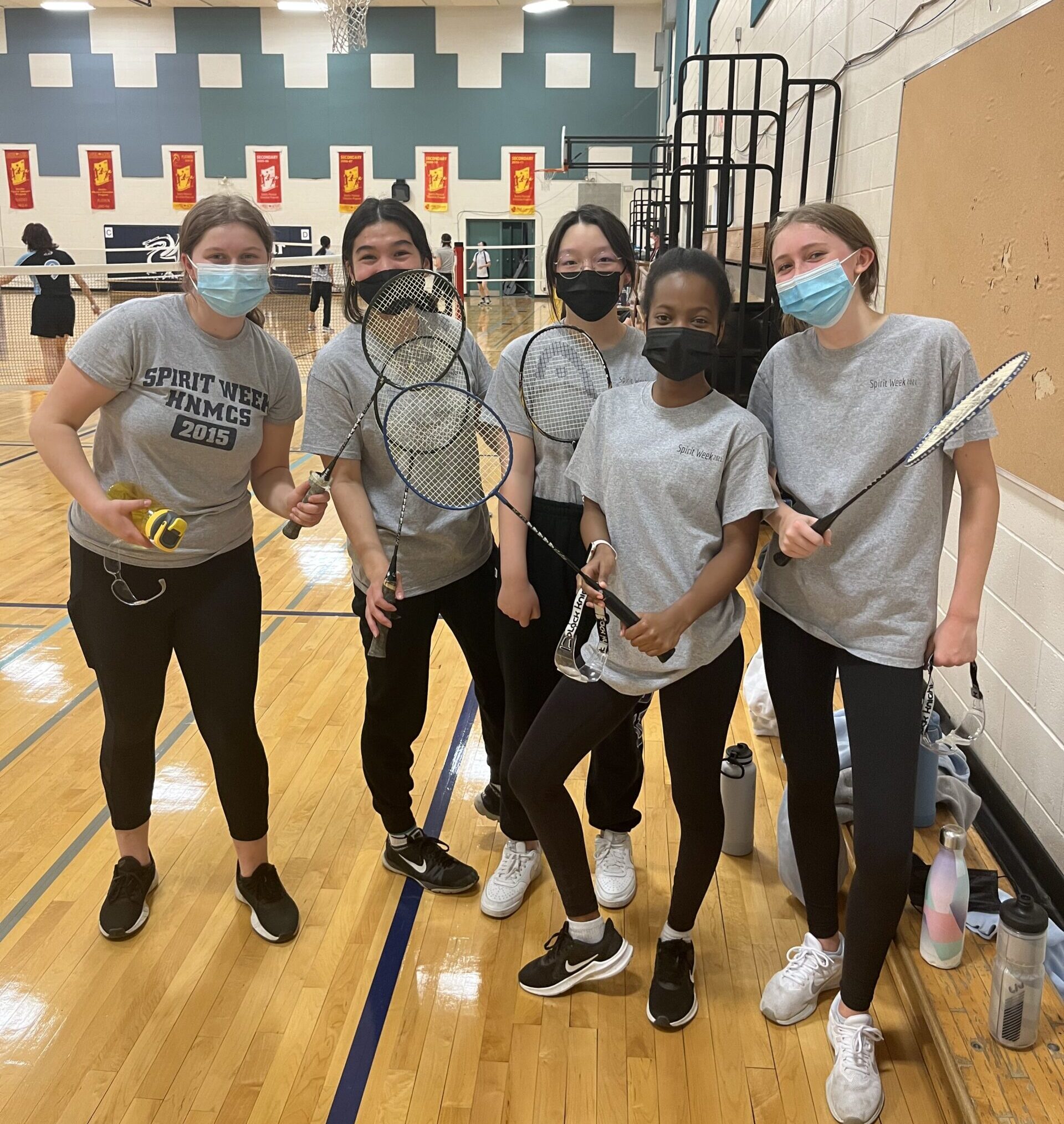 A huge congratulations to the Senior Track & Field team for an outstanding return to sport after a three year absence due to COVID. The girls competed in several meets, finishing with a two day CISAA Championship at the Toronto Track and Field Centre. The girls braved brutal conditions on the first day to compete in events such as the relay, shot put, long jump, and represented HNMCS with pride and dignity. A huge thank you to our graduating athletes who competed in the championship: Alessia Filippazzo ‘22 and Dream Tuitt-Barnes ‘22.

The Middle School Track and Field team had an excellent season with a couple of Meets taking place at York University. The first Meet saw students compete in all events in Track and Field respectively. This Meet is designed to allow every student an opportunity to practice at each event before progressing onto the Finals in their own specific events.

The CISAA Finals was a brilliant day for all involved with some fantastic performances by all our participating students. The team showed distinct improvement over the course of the season and great support for one another. 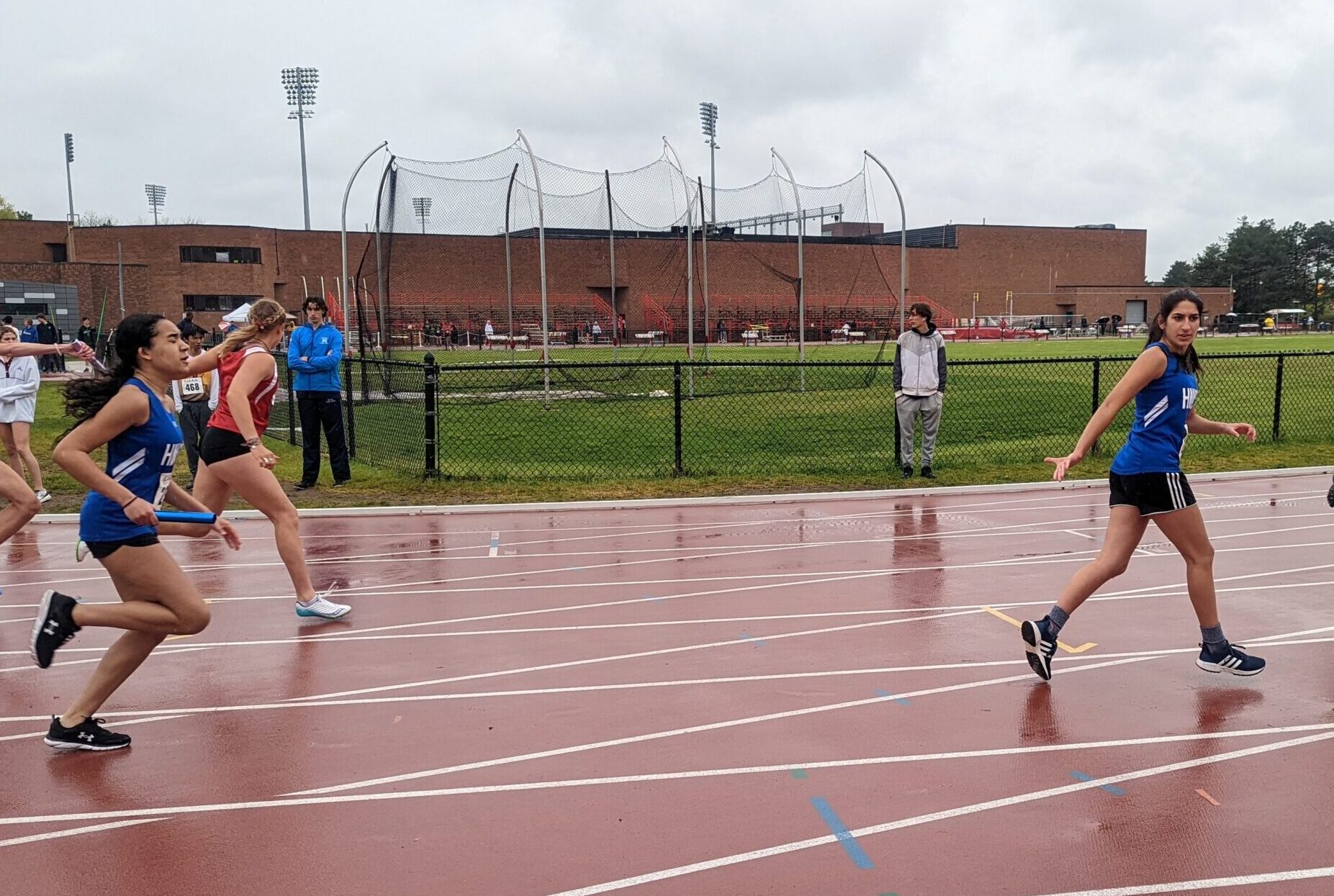